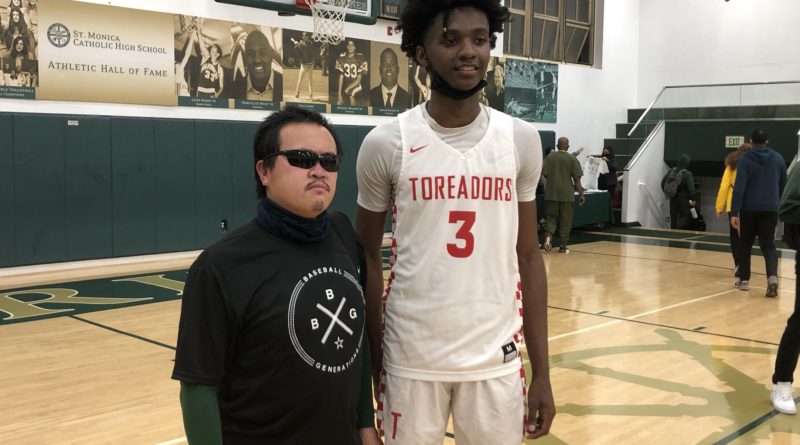 Editor’s note: Next Monday (Dec. 27th), SBLive California won’t release LA City Section rankings due to Holiday Tournaments beginning that morning across the state. Our next set of rankings will come out on Monday, Jan. 3rd.

The Toreadors are 9-1 with their best win coming against Windward. Earlier this season they were upset by Alemany 74-65.

El Camino Real scored an impressive upset win in their first game of the regular season beating Santa Clarita Christian 56-55. Clark Holden had 23 points in the victory. Since then, the Royals have beaten Providence, Alemany and St. Monica and lost to South Pasadena, West Ranch, San Diego, Culver City and Oak Park.

Birmingham lost their first game of the season to No. 10 Palisades 68-64 in overtime, but the Patriots picked up a nice City win over Crenshaw last week 74-71. Birmingham won the Open Division in the LA City Section last season.

Senior captain Khalil Forrester has had a strong start to the year for the Highlanders. He scored 18 points in Granada Hills’ 56-53 loss to Westlake last week.

Westchester made a move up the rankings last week after falling to No. 2 Fairfax 61-45, but beating No. 10 Palisades 51-48 in overtime.

Venice has beaten No. 9 Hamilton who has beaten No. 10 Palisades, so the Gondoliers are No. 3 in the Western League at the moment on paper. In the actual league standings, Venice is No. 2 behind only Fairfax.

Hamilton debuted last week after beating No. 9 Palisades 53-48. As things currently stand, an argument could be made for Crenshaw to be ranked over Hamilton because Crenshaw beat Price and Hamilton lost to Price, but the Yankees stay in this week because they have a better marquee City win (Palisades) than Crenshaw does.

Palisades beat No. 4 Birmingham in overtime earlier this season, but dropping games to No. 6 Westchester and No. 9 Hamilton two weeks ago keeps the Dolphins at No. 10 this week.