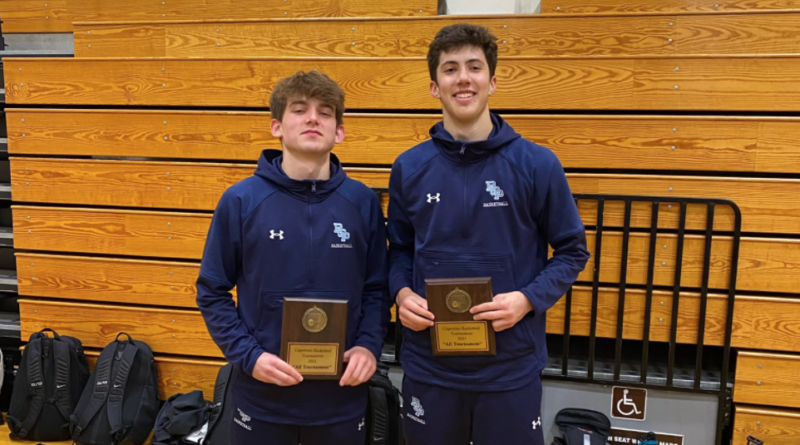 Editor’s note: Next Monday (Dec. 27th), SBLive California won’t release statewide rankings due to Holiday Tournaments beginning that morning across the state. Our next set of rankings will come out on Monday, Jan. 3rd.

Sierra Canyon’s lone loss this season came against Texas power Duncanville on Nov. 27. Since then, the Trailblazers have won seven games in a row. Six of those victories have come without star senior Amari Bailey who is battling a lower body injury.

The Huskies lost to Texas power Duncanville 75-70 at the Thanksgiving Hoopfest showcase at Dickie’s Arena in Fort Worth, Texas in November, which is their only loss on the year. Corona Centennial has beaten Sheldon and Notre Dame Sherman Oaks so far this season.

After dropping their first game of the year at Hoophall West to Mountain Pointe (Phoenix, Ariz.) 59-54 two weeks ago, the Wolverines have won two straight over West Ranch and St. Anthony.

Campolindo’s best wins have come against Dublin and No. 17 De La Salle.

Damien has beaten No. 13 Riverside Poly and No. 14 St. John Bosco this season. Head coach Mike LeDuc goes for career win No. 1,000 on Wednesday on the road against Glendora.

Clovis West debuted at No. 8 in our statewide rankings last week after beating No. 9 Clovis North in triple over time and No. 18 San Joaquin Memorial. Last week, the Golden Eagles beat two out of state opponents to move up to No. 6.

St. Augustine was San Diego’s preseason No. 1. team and so far the Saints are playing like it. They’ve lost to No. 1 Sierra Canyon and Nevada Liberty this season. In last week’s 71-63 win over Sheldon, junior Jurian Dixon scored 33 points.

Clovis North fell to No. 8 Clovis West in triple overtime earlier this season, but before that the Broncos picked up a big 77-56 win over No. 10 Modesto Christian. Last week, Clovis North beat Mission Hills.

Modesto Christian has beaten No. 18 San Joaquin Memorial this season, but lost to No. 8 Clovis North two weeks ago.

Mater Dei has two out of state losses on the season. The second came last week against St. Francis Prep (Fresh Meadows, N.Y.) 80-47, so the Monarchs drop down to No. 10 this week.

St. Bernard was 7-0 heading into last week, but dropped two games in the Tarkanian Classic to fall to 7-2.

Crean Lutheran showed why they’re going to be considered for the Southern Section Open Division playoffs this year in their 69-63 season-opening win over Eastvale Roosevelt two weeks ago. Sophomore Vyctorius Miller scored 28 points in the victory. Koat Keat added 18 points. The Saints are 2-0 in the Tarkanian Classic and take on (Utah) Bingham Monday afternoon.

Poly narrowly lost to No. 5 Damien 55-52 on Nov. 20 and since then, the Bears have won seven games all by double digits.

St. John Bosco advanced to the championship game of their Winter Classic tournament two weeks ago, but then fell in the title game 67-47 to No. 5 Damien.

St. Joseph has recorded seven double-digit wins in their first seven games this season. In their opener, freshman Tounde Yessoufou broke the backboard with a huge dunk.

De La Salle debuted at No. 17 last week and stay there this week. Their only loss has come against No. 4 Campolindo 48-41.

San Joaquin Memorial has lost to No. 8 Clovis West and No. 10 Modesto Christian this season. The Panthers earned an impressive 59-56 win over No. 22 JSerra last week.

Mitty had a senior heavy team in the spring, but this winter a young Monarchs squad should still emerge as one of the state’s best. In their season opening game, Mitty beat Alameda 61-43. Two weeks ago, they fell to Brophy College Prep (Phoenix, Ariz.) 66-47.

Bishop Montgomery lost their first game of the season 54-44 to No. 11 St. Bernard two weeks ago, but the Knights have won eight blowouts outside of that defeat.

Despite a close defeat to unranked Foothill two weeks ago, JSerra has started the year strong with wins over No. 24 Etiwanda and Tesoro. Last week, the Lions fell to No. 18 San Joaquin Memorial 59-56.

Two weeks ago, Etiwanda had beaten all six of their opponents by double digits, but they then fell to No. 10 Mater Dei and No. 22 JSerra last week to drop to 8-2.

Sacred Heart Prep fell to No. 21 Bellarmine College Prep 59-51 last week, but the Gators kept the game close so they stay at No. 25 this week.