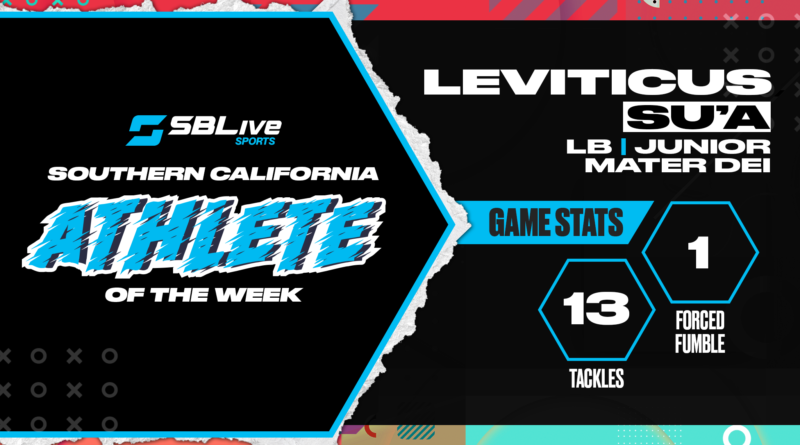 The junior had 13 tackles and a forced fumble in the Monarchs’ 44-7 win against Serra.

Brown rushed for three touchdowns to help the Monarchs finish the season as undefeated national champions.

Brown passed for 243 yards and two touchdowns in Saturday’s 44-7 win over Serra.

Hunter had an interception and a fumble recovery to help the Monarchs beat Serra, 44-7.

Mirer tossed two touchdown passes, both to Rex Haynes, and rushed for a 28-yard touchdown to seal the game with less than five minutes left to play.

Sutton carried 30 times for 232 yards and scored the Dons opening touchdown in Friday’s 33-21 win over Folsom.

Johnson gave the Dons a two-touchdown lead with a 36-yard interception return for a touchdown on Folsom’s first possession of the second half.

Harrison returned an interception for a touchdown to seal Saturday’s win over Liberty (Bakersfield).

Nankil passed for 297 yards and a touchdown in Friday’s win over Central Catholic.

Buxton intercepted a pass and returned in 88 yards for a touchdown to help the Crusaders beat Central Catholic.

Leatherwood passed for 337 yards and had four touchdowns against Wilcox and led Scripps Ranch on a game-winning drive, scoring with less than 30 seconds left to capture the D2-A State Championship.

Lawlord caught seven passes for 199 yards and had three first half touchdown receptions. He also snagged an interception just before halftime in Saturday’s win over Wilcox.

Stoney had 15 tackles and two forced fumbles in Saturday’s win over Wilcox.

Agnor had 16 tackles and a forced fumble against Argonaut on Saturday.