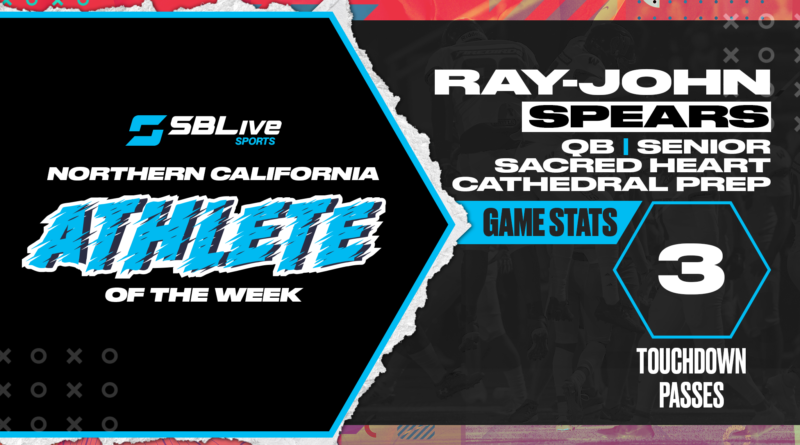 The senior led SHCP to a 31-7 win against Chico with three touchdown passes.

Spears received 46.34% of the vote, beating out Argonaut RB/DB Mateo Flores who finished second with 32.5%. Vanden WR/DB  Jamai East QB finished third with 8.25% and Bullard QB Roland Russo finished fourth with 6.17%. There were over 35,000 votes tallied this week!

Jakobe Harmon, Pittsburg LB: Despite the loss, Harmon led the game with 12 solo tackles and 16 total tackles, plus one TFL and one sack.

Jamai East, Vanden WR/DB: East caught for a 64-yard touchdown and also had a 45-yard pick-six.

Mat Bucher, Sacred Heart Prep LB/TE: Bucher exploded for 17 tackles and three TFLs on defense, and had a 19-yard reception.