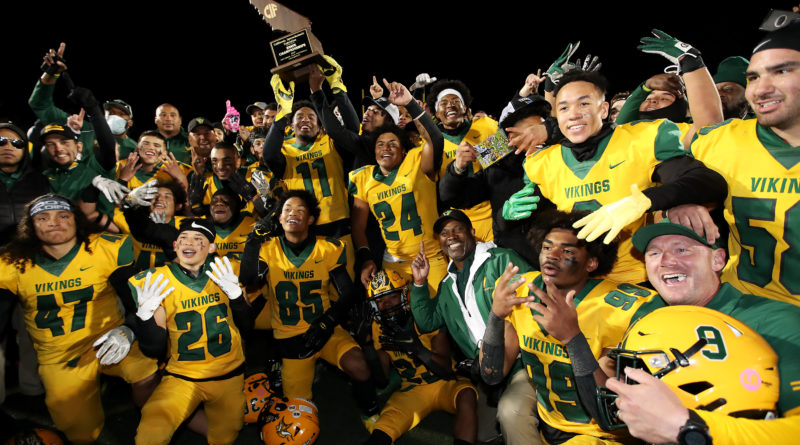 FAIRFIELD – Jamai East caught two fourth-quarter touchdown passes and picked off two passes – including a game-clinching interception in the final seconds to preserve Vanden’s 14-13 victory over Aquinas in the CIF State 3-AA football championship on Saturday.

Aquinas led 13-0 heading into the fourth quarter, but couldn’t stop the Tre Dimes to East connection over the final 12 minutes.

It was Vanden’s first state championship since 1995.

(All photos by Dennis Lee)