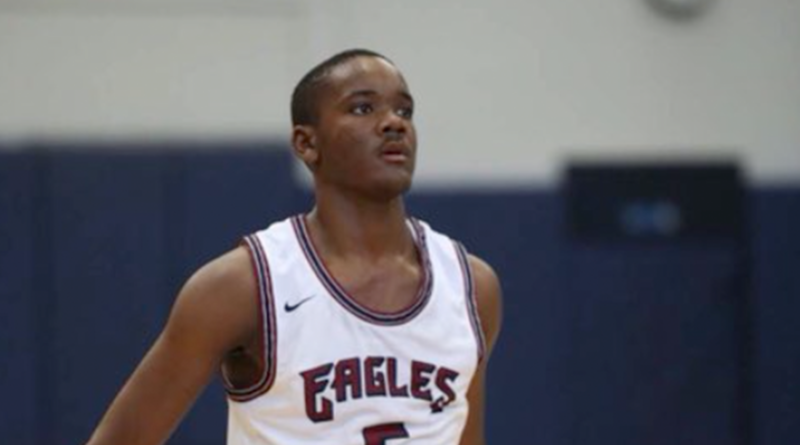 The Huskies lost to Texas power Duncanville 75-70 at the Thanksgiving Hoopfest showcase at Dickie’s Arena in Fort Worth, Texas two weeks ago. Corona Centennial will play a talented (Ariz.) Sunnsylope team on the road this week.

Etiwanda has beaten all six of their opponents by double digits so far this season.

Modesto Christian beat No. 18 San Joaquin Memorial 87-71 in their first game of the season two weeks ago thanks to 29 points from sophomore Jamari Phillips and 27 points junior B.J. Davis.

Campolindo won their first game of the year 50-42 over Dublin two weeks ago. Junior Shane O’Reilly scored 18 points to lead the Cougars to the win.

Damien’s best wins so far this season have come against No. 22 Riverside Poly and Village Christian.

Mater Dei lost to Chicago (Ill.) Simeon 66-50 in a game that was close for three quarters. Mater Dei stays at No. 8 due to being undefeated against California opposition.

The Braves dropped their first game of the season on the road against Lanphier (Springfield, Ill.) 55-50 two weeks ago, but St. John Bosco is undefeated against California opposition.

St. Bernard is playing like an Open Division team in the Southern Section. The Vikings beat No. 24 Bishop Montgomery 54-44 in the Westchester Tournament Championship. Darius Carr won Tournament MVP after scoring 30 points in the title game.

The Knights lone loss on the season came against No. 2 Corona Centennial, 85-59. Since that defeat, Notre Dame has won six games in a row.

In their first marquee game of the season, Heritage Christian fell to No. 13 Notre Dame 61-53 on Nov. 18. Senior Barrington Hargress scored 20 points in the loss. The Warriors followed up the defeat with a nice win over San Diego’s No. 2 team, San Marcos, 61-40.

St. Joseph has recorded three blowout wins in their first three games. In their opener, freshman Tounde Yessoufou broke the backboard with a huge dunk.

West Ranch had a tough time defensively against Sierra Canyon as they fell on the road 100-72 last week.

The Panthers opened their season with an 86-61 win over Bakersfield Centennial, but then fell to No. 5 Modesto Christian 87-71. Last week, San Joaquin Memorial took down Hanford West 96-55.

Mitty had a senior heavy team in the spring, but this winter a young Monarchs squad should still emerge as one of the state’s best. In their season opening game, the Monarchs beat Alameda 61-43.

Sheldon beat Fairfax 59-50 and lost to No. 2 Corona Centennial 72-51 to open their season. Devon Hayes scored 12 points in the win over Fairfax.

Salesian won its season opener 62-23 over James Logan last week. Sophomore Amani Johnson is a player to watch for the Pride this year.

Bishop Montgomery lost their first game of the season 54-44 to No. 11 St. Bernard last week.