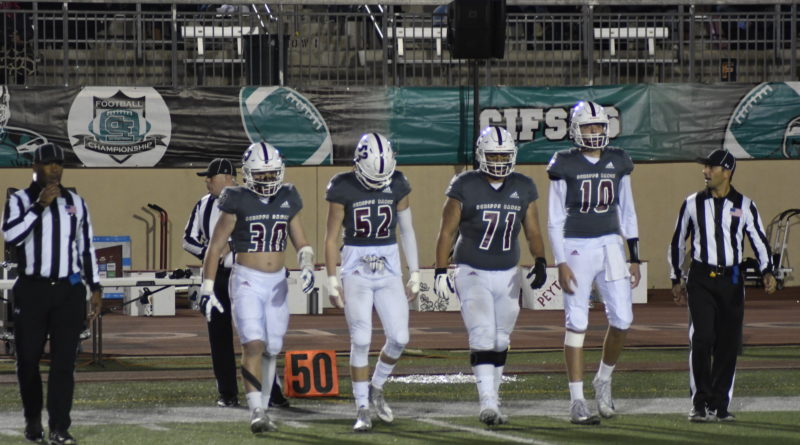 Here’s a complete preview of the Division 2–A Southern Region championship and state semifinal, the first ever matchup between Scripps Ranch and Valencia.

Scripps Ranch cruised through the majority of the regular season, winning six of their first seven games by double digits until they slipped up against Mira Mesa in week ten. They rebounded in their regular season finale against Canyon Hills and then proceeded to begin a playoff run that saw them beat their opponents by a combined score of 97-14 that was capped off by a 42-0 win over La Jolla in the San Diego Section Division 2 Championship.

Valencia had a shaky start to the season, sitting at 3-4 after their first seven games. The Vikings closed out the regular season with a win against Golden Valley to even out their record and have played their best football of the season in the playoffs. They started by beating Rio Mesa and followed it up with win over La Habra and Chino Hills before taking down Oaks Christian last week in the Southern Section Division 5 Championship.

Scripps Ranch quarterback Jax Leatherwood has been one of the top breakout stars of the fall season, passing for 43 touchdowns and only two interceptions through the first 12 games of the year. Senior running back Jalen Shaw has had a great season but has been overlooked in a great year for San Diego running backs. He went over 1,000 rushing yards in the title game against La Jolla and has 23 total touchdowns on the season. Senior receiver Connor Lawlor has been one of San Diego’s most productive pass catchers with over 1,100 receiving yards and 17 touchdowns.

The Falcons defense struggled when senior linebacker Dylan Stoney went down early in the season with a collarbone injury, but with him back healthy now the outlook of the Falcons defense has changed, most notably by shutting out La Jolla in the Division 2 Championship game.

Valencia lost senior quarterback Tyler Voss, a San Jose State commit, to a season ending injury early in the season and have turned to junior Trey Erickson. Senior Giorgio Spiropoulos leads the ground game while two-way standouts Duhron Goodman and Zamondre Merriweather are big time athletes for the Vikings. Merriweather, a Boise State commit, has seen time all over the field this season, even throwing a touchdown pass against Sherman Oaks Notre Dame earlier this season.

Scripps Ranch has done a masterful job of limiting turnovers this season and will need to continue that on the road in order to get a state playoff win. The combination of Jax Leatherwood and Jalen Shaw gets the Falcons just enough offense to emerge with a victory.