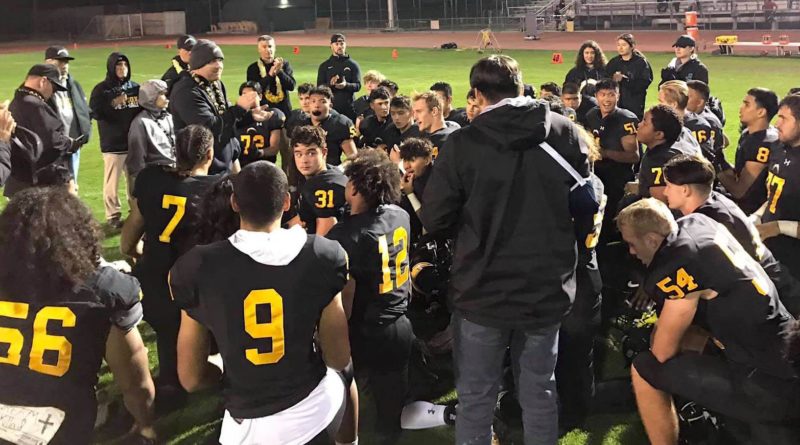 If you like watching dominant running backs face off with everything on the line – which everyone does – then this is the game for you. Neither team is a heavy favorite or dark horse here, so get ready to see two evenly-matched teams with similar makeups compete for supremacy.

Wilcox nearly shocked Pittsburg and the rest of the world in a 31-26 loss before league play. The loss dropped the Chargers to 1-3, with a 22-point loss against Valley Christian and a close loss against San Benito coming in the first two weeks of the season. They would lose the next week too against league heavyweight Los Gatos. However, despite sitting at 1-4, the Chargers were hardened from facing very good or great foes every week, and it was clear that they had major promise. They effectively clinched second place in the De Anza League the next week with a 42-27 win against Mountain View, and they’ve never stopped rolling since then.

It’s no secret what the Chargers want to do: get the ball to RB Kemauri Glenn with room to work. Glenn has been one of the premier offensive players in NorCal this season with 2,046 rushing yards and 25 rushing touchdowns on a huge 10.6 yards per carry. He’s also Wilcox’s second-leading receiver with 260 yards and five touchdowns. That said, the Chargers have some strong playmaking outside of Glenn, with steady QB Armand Johnson at 1,321 yards and 16 touchdowns passing on 61.8% completion and WR Charlie Carlson leading the squad with 670 receiving yards. Johnson has also run for nearly 500 yards this season, and Andrew Palacios (943 yards, 11 touchdowns) gives Wilcox another big-time option at RB.

The statistical composition of Manteca’s offense is uncannily similar. QBs Garrison Reis and Hudson Wyatt have combined for 16 touchdown passes and a little over 1,000 yards this season on roughly 10 attempts per game, so the Buffaloes can pass the ball well enough to keep formidable defenses honest. But the offense rides with RB Blake Nichelson, who has run for 1,887 yards and 33 touchdowns on 10.7 yards per carry. Like Glenn, Nichelson is also his team’s leader in receiving touchdowns, as he has seven of them to go with a team-high 381 receiving yards. Additionally, Manteca also has a standout RB2 in 2-star prospect Lyon Colon, who has 805 rushing yards, 10 rushing touchdowns, and an offer from Nevada.

Per 247Sports, Nichelson is a high 3-star prospect, but primarily as an LB, and he leads Manteca with 11 tackles for loss, seven sacks, and three forced fumbles. Manteca’s LB corps is stacked with a handful of its other top defensive producers – Cole Ramsey, Alijah Cota, Dominic Alvarez, Ayden Marshall – all being linebackers by trade. DB Dylan Deprater and DL Cris Ray have also been stars on that end. Wilcox’s defense is led by LB Derek Aguirre (95 tackles, 10 tackles for loss) and SS Daniel Escorza (89 tackles, five interceptions). Glenn also has two interceptions at CB, and DL Aliejah Diaz and LB Jeramiah Lewis have both been critical to its success on that end.

If there’s an argument to be made that either team is a favorite, it would lean towards Manteca. Wilcox has everything clicking and its last win, 54-20 over Menlo School, was by far its most impressive yet on paper. However, the Buffaloes have more signature wins on the season with blowout or near-blowout wins against Downey (Modesto), Patterson, and Cosumnes Oaks before league play, they have huge playoff wins over great teams too, and there’s one more thing to keep in mind. When Manteca lost 28-0 in league play to Oakdale, it was missing both its star RBs, but the Buffaloes got healthy and avenged that loss with a 35-28 win over Oakdale in the section title game. If the Buffaloes hadn’t lost to Oakdale in league play, their only other losses on the season would be against Central Catholic and Kimball, and they’d have had more hype coming into the playoffs.

That doesn’t greatly shift the landscape of this game, but it’s relevant to consider. Still, this is an even match with the potential to be one of the very best matches of regional bowl game weekend.