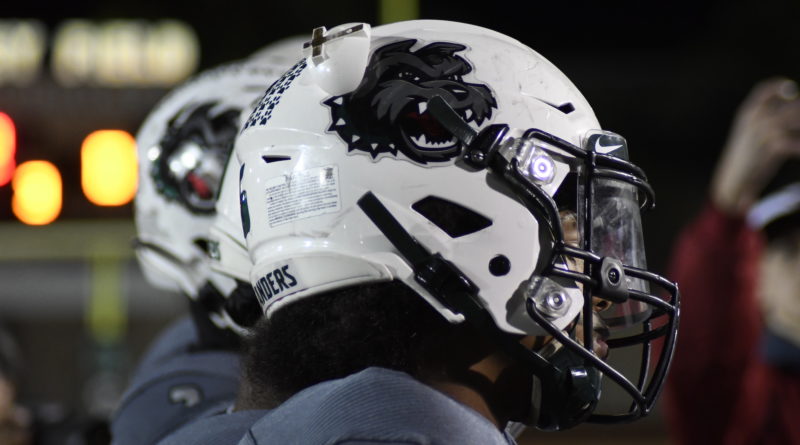 Helix and Mater Dei Catholic played in the spring season, the first ever matchup between the two schools, that ended in a 19-2 win for the Crusaders. The two teams were scheduled to play in week three this season until COVID-19 protocols cancelled that game. After both teams won section titles last week, they’ll get the chance to face off with a trip to the state championship on the line.

Helix running back Christian Washington first made his mark during the 2019 season and has steadily improved since then. Washington has carried a heavy load for the Highlanders throughout the season and is coming off of a 45 carry, 181-yard, four-touchdown performance against Lincoln in the Division 1 Championship game that pushed him over 2,000 yards for the season. Two-way starter Xavier Van has been Helix’s leading receiver with 28 catches, 518 yards and six touchdowns.

Van also leads the Highlanders’ defense with five interceptions. The Helix defense, led by a majority of underclassmen, stepped up in the second half against Lincoln and will need to be ready for all the skill players that Mater Dei Catholic will throw at you.

Mater Dei Catholic has had one of San Diego County’s top offenses throughout the season, led by junior quarterback Dominic Nankil. The Crusaders have only been held under 35 points once in 11 games. The Crusaders have six receivers, who are all underclassmen, with between 19 and 25 catches this season led by Jerry McClure. The group has combined to catch 31 of Mater Dei’s 35 touchdown receptions on the season and are all threats to take it the distance.

The Crusaders defense has been equally impressive this season. Since allowing 21 points in their opener, they’ve allowed 14 points or less to each of their past ten opponents, including four shutouts during that time. Junior linebacker Tre Edwards leads the team with 74 tackles and also has five interceptions and a forced fumble. Senior defensive linemen Jason Harden and Luke Teskey have been disruptive up front, combining for 16 of the teams’ 39 sacks this season.

Helix will try and run early and often with Christian Washington to limit the Mater Dei Catholic possessions. A couple big plays from the Crusaders in the passing game will be the difference in a one possession game.