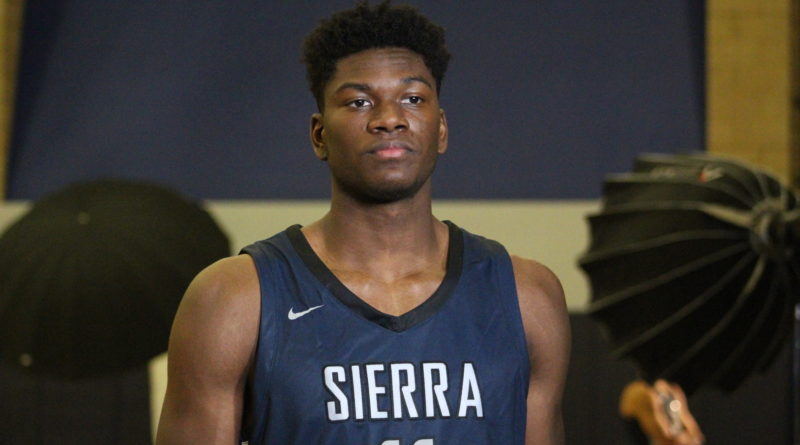 The winter 2021-22 California high school boys basketball season started on Nov. 15. Here’s a look at the top teams in the Southern Section two weeks into the year. SBLive’s Southern Section high school boys basketball rankings are compiled by SBLive California reporter Connor Morrissette and will be released every Monday throughout the spring 2021 season.

Without their top two players (Amari Bailey and Isaiah Elohim), Sierra Canyon dropped their first game of the season to Texas power Duncanville 80-73 at the Thanksgiving Hoopfest showcase at Dickie’s Arena in Fort Worth, Texas on Saturday. A day prior, No. 2 Corona Centennial lost to Duncanville as well, so the Trailblazers stay at No. 1 this week.

Donovan Dent scored 30 points in an 85-59 win over No. 11 Sherman Oaks Notre Dame two weeks ago, but the Huskies lost to Texas power Duncanville 75-70 at the Thanksgiving Hoopfest showcase at Dickie’s Arena in Fort Worth, Texas on Friday, which keeps them at No. 2.

The Wolverines beat No. 17 Crossroads 61-53 two weeks ago. Landon Lewis, one of the top big men in the state, scored 14 points in the victory.

Damien beat No. 15 Riverside Poly 55-52 to win the Rumble for Rosecrans two weeks ago. Kaleb Smith scored 15 points to lead the Spartans.

Mater Dei is off to a 2-0 start with two blowout wins. Junior Zack Davidson is averaging 19.5 points per game in the two victories.

The Braves dropped their first game of the season on the road against Lanphier (Springfield, Ill.) 55-50 last week, but St. John Bosco is undefeated against California opposition.

Tyler Rolison and Darius Carr are two excellent guards. They’ve led the Vikings to a 4-0 start. Rolison scored 37 points in St. Bernard’s 83-75 win over No. 20 Fairmont Prep on Nov. 19.

West Ranch will go as far as junior Andrew Meadow and sophomore James Evans take them. The Wildcats play No. 1 Sierra Canyon on Wednesday.

Star junior Dusty Stromer is back for Notre Dame after playing as a freshman. He joins senior Creighton commit Ben Shtolzberg to make up a Knights team with Southern Section Open Division aspirations. The duo led the Knights to a 61-53 win over No. 12 Heritage Christian last week, but then lost on the road 85-59 to No. 2 Corona Centennial. Since the Corona Centennial defeat, the Knights have won five games in a row.

In their first marquee game of the season, Heritage Christian fell to No. 11 Notre Dame 61-53 two weeks ago. Senior Barrington Hargress scored 20 points in the loss. The Warriors followed up the defeat with a nice win over San Diego’s No. 2 team, San Marcos, 61-40.

Senior guard Benny Gealer, a Stanford commit, and junior forward Kenny Manzi make up one of the state’s best duos. The Huskies won the 2AA Southern Section title last season and have picked up right from where they left off a year ago.

Santa Margarita has won all six of its games in blowout fashion to begin the year.

The Saints have beaten St. Monica, Campbell Hall, Inglewood and Beckman so far this season and lost to No. 17 Crossroads 69-57.

The Lions rolled to two big wins against Northern California opponents two weeks ago to open their season.

The Lancers one loss so far this season came against No. 5 Damien 74-61.

The Comanches are 5-1 with their lone loss coming against No. 15 Riverside Poly 52-51 in overtime.