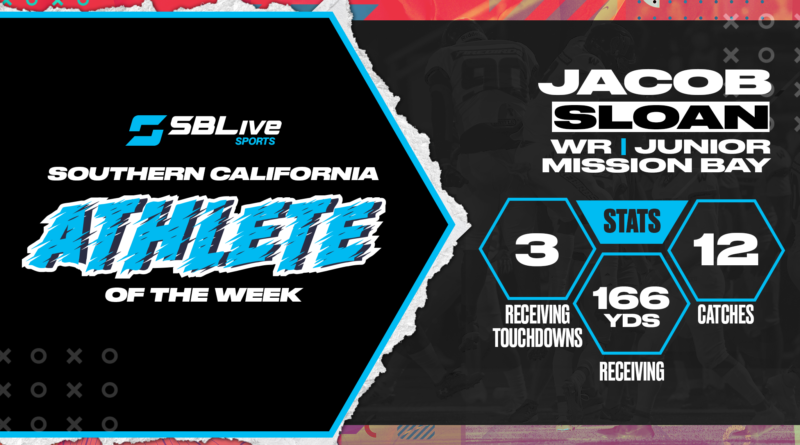 Sloan caught 12 passes for 166 yards and three touchdowns against Calexico on Friday.

The junior ran away with this week’s honor, receiving 95.56% of the total vote.

We are currently accepting Southern California Athlete of the Week nominations. If you would like to nominate an athlete, please email sblive-social@scorebooklive.com or message us on Twitter or Instagram at @sbliveca.

Here are the other athletes who were nominated for the week of Nov. 15-21:

Marcus Martin, Salesian QB: Martin was 33 of 55 passing for 409 yards and six touchdowns in Friday’s one-point loss to St. Anthony.

Cheo Medina, Northview RB: Medina had 179 total yards and a touchdown in Friday’s win over Palmdale.

Houston Thomas, Servite RB: Thomas carried 15 times for 128 yards and a touchdown and also had an interception against St. John Bosco.

Rashawn Jackson, Venice RB: Jackson rushed five times for 129 yards and a touchdown against Reseda and also returned a punt 82 yards for a touchdown.