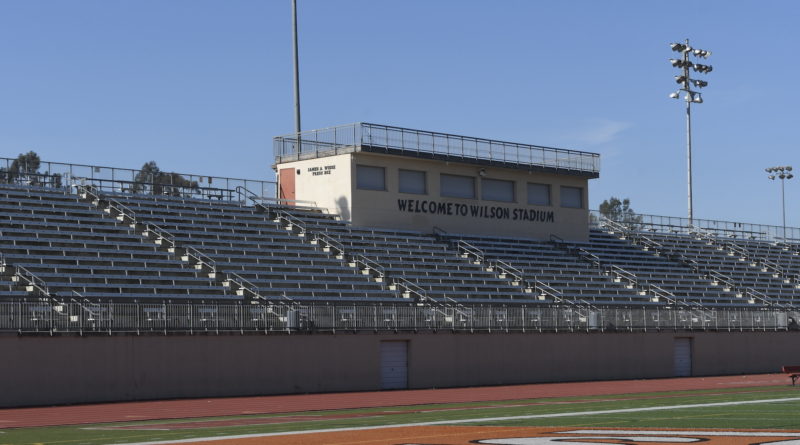 Here’s a look at the five CIF San Diego Section football championship games coming up this Friday and Saturday.

Two of the county’s most storied programs have surprisingly only met once, a 1954 matchup that saw Helix win 31-0. The Highlanders and Hornets are not strangers to championship games, Helix winning the Open Division Championship in 2019 while Lincoln lost in the Division 1 game.

Helix started the season with wins over Mira Mesa and Otay Ranch before diving into a really difficult schedule that included losses to Cathedral Catholic, Servite, and Mission Viejo.

“I did a self-scout a couple weeks ago and I was telling a couple of our offensive linemen the difference between now and the start of the season is night and day and what we’re able to do adjustment wise and in game adjustment wise,” Helix head coach Robbie Owens said. “It’s confidence, these kids playing that early tough schedule, it helps you when you get to playoff time because your kids have been through those wars.”

Those early season battles have paid off for Helix as they cruised through league play and then beat Grossmont and El Camino in their two playoff games to enter the Division 1 Championship on a five-game winning streak. Senior running back Christian Washington has been one of San Diego’s top backs over the past two seasons and saved his best for last. In addition for his 1,851 rushing yards, he’s a play maker in the passing game and on special teams’ and enters the championship with 25 touchdowns on the season.

Lincoln came up just short at Los Alamitos in week two and then proceeded to roll through their next five games until slipping up against Madison in week ten. They were able to get redemption against Madison last week, winning 42-14, to reach Saturday’s championship game.

“The kids have been able to put it together and make it all the way here to the finals, as coaches we’re excited,” Lincoln head coach David Dunn said. “There’s been a lot we’ve dealt with throughout the season and testing and not knowing who you were gonna have, it’s been a huge challenge but I hope everyone’s kids are healthy and that it doesn’t affect anyone going into this game.

The Hornets have posted back-to-back 40 point games so far in the playoffs as their offense appears to be hitting on all cylinders. Junior running back Roderick Robinson has been a huge problem for defenders, rushing for 335 yards and six touchdowns over the past two weeks.

It’s very exciting first of all that the two teams are matching up in the CIF finals and definitely anticipating a sellout,” Dunn said. “A lot of alumni are coming out for this game, and it should be a very exciting contest.”

The Falcons and Vikings haven’t gotten to know each other well in recent years as they head into their fifth matchup since the start of the 2018 season. The first three matchups, including La Jolla’s 17-10 win in the 2019 D3 Championship game, have been low scoring. Their week two matchup this season that ended in a 52-51 Scripps Ranch win was the opposite of that.

Scripps Ranch surprised early in the season, winning their first seven games, six of which came by double digits. They suffered their first loss, a buzzer-beater by Mira Mesa in week ten, before regrouping as they headed into the playoffs. With junior quarterback Jax Leatherwood leading the way, the Falcons have won each of their playoff games by three touchdowns as they head into the championship showdown with La Jolla.

“We lost our captain in week three and our defense struggled for weeks and weeks,” Scripps Ranch head coach Marlon Gardinera said. “He’s back and it changes the prospective on the game and how many points you’ve gotta try and put up and what you’ve gotta do. That’s the biggest difference, our defense is playing better football.”

Scripps Ranch quarterback Jax Leatherwood has come onto the scene and cemented his spot as one of the section’s top quarterbacks. In 11 games, Leatherwood has tossed 41 touchdown passes to only two interceptions and is completing 70% of his passes. He’ll be looking to repeat on his week two 363-yard, four-touchdown effort against La Jolla.

La Jolla has dealt with injuries to senior quarterback and Washington commit Jackson Stratton throughout the season. He missed the second half of the Vikings’ game against Del Norte in week four and didn’t return until their regular season finale against St. Augustine. Stratton was hurt again in La Jolla’s first round playoff game and did not play last week, leaving his status for the championship in doubt.

“It’s just the guys, they’ve rallied around each other,” La Jolla head coach Tyler Roach said. “You never want to lose your star quarterback but when we did, we knew our backs were against the wall and somebody’s gotta step up. We’ve had backups in plenty of other spots, it wasn’t just the backup quarterback. In some weird ways it’s kind of unified the team, like we’re not just a one-man team. (Jackson Stratton) is a stud, don’t get me wrong but it’s a full team game and that’s what football is about.”

Without Stratton, senior Makai Smith has still been productive for La Jolla, showcasing himself as one of San Diego’s best receivers. He’s caught 60 passes for 827 yards and nine touchdowns to go along with four interceptions on defense and will certainly be ready to go with or without Stratton.

Mater Dei Catholic entered the season among San Diego’s best teams regardless of division and after ten games have shown nothing to the contrary. Ramona, however has improved as the season has gone along and has taken their game to a new level come playoff time.

Mater Dei Catholic opened the season with a 53-21 win over Brawley and hasn’t slowed down since. The Crusaders have been held under 35 points once, a 28-14 win over Eastlake, and have outscored their opponents 95-8 in two playoff games.

“I think defensively we hit our stride about week three or week four, we got healthy, we were missing little pieces here and there,” Mater Dei Catholic head coach John Joyner said. “I think defensively we’ve become way more consistent. I think what’s different offensively from the first game to the last game is that it seems like every week there’s a different guy that steps up. Last week it was Surahz Buncom with three touchdowns, the week before it was Chris Snyder so for us, I think the biggest thing is just being consistent in all three aspects.”

The Crusaders offense has been a problem for each opponent to contain, starting with junior quarterback Dominic Nankil and his 29 touchdown passes. He’s thrown touchdown passes to nine different receivers this season, led by juniors Surahz Buncom and Chris Snyder who have seven each. Nico Mosley and Anthony McMillian lead the rushing attack that averages ten yards per carry as a team.

Ramona opened the year with consecutive wins before dropping games to Poway and Madison. The Bulldogs have turned the corner, winning seven of their past eight, only losing a non-league overtime battle against Oceanside. They cruised to an undefeated league championship and have really impressed in playoffs, beating a previously unbeaten West Hills team 51-0 in the quarterfinals and backed it up with a 34-7 win over one-seed Mt. Carmel in the semifinals.

“We knew we had a good team this year sort of following up from the undefeated spring season, a lot of kids returning,” Ramona head coach Damon Baldwin said. “We got derailed by COVID in week three and four, we had a lot of kids out. We had a good schedule; we were the strongest strength of schedule in (Division 3) so that helped and we felt like we were battle tested.”

The Bulldogs defense that has only allowed three touchdowns over the past three games will be tested against a Mater Dei Catholic offense that hasn’t been slowed down by any team this season.

Patrick Henry and University City combined for 81 points during their week eight City League matchup and could be headed towards an even higher scoring battle this time around.

Patrick Henry has won seven straight games since starting out 2-2. The Patriots offense has come alive during that time as well, scoring 42 points or more in six of those games and have started their playoff run by scoring 65 and 64 points in consecutive games.

“Because of how this thing has gone it’s almost been a continuous 18-month process, so just seeing how this group continues to come together and play our best football in those championship moments just to continue to challenge them and elevate their game to match the opportunity has been my favorite thing to watch,” Patrick Henry head coach JT O’Sullivan said.

The Patriots run-first offensive attack led by senior Elijaih Lux continues to improve. Lux has gone over the 100-yard rushing mark in nine of his 11 games and has 17 touchdowns entering the championship game.

University City dropped four straight games starting with their week four loss to Bishop’s, but since losing to Patrick Henry they’ve win five straight entering Friday’s game. The offense has found their groove in those games, averaging over 47 points per game.

“I think it’s just been grasping the system,” University City head coach Paul Lawrence said of his team’s progress in year one. “When you first come in as a head coach you don’t know how these kids are going to buy in to what you’re saying and doing. We’ve got a lot of underclassmen and of course some upperclassmen too that have bought in, and they’ve come a long way since day one until now. You could tell every week we’re just getting better and better, and the progression has been so great.”

First-year quarterback Samuel Cooper IV, who transferred in after two seasons at Lincoln, has thrown 25 touchdown passes but even more impressively has over 1,200 rushing yards and 23 touchdowns on the ground.

Palo Verde Valley seemed to take a step forward following their loss to Shadow Hills in week four. The Yellow Jackets have won eight straight during their current streak, mostly in dominating fashion, until pulling out a one-point win over Fallbrook in last week’s semifinal game. They’ve relied heavily on their three-headed rushing attack that includes juniors Markus Macon and Xzavier Bejarano and senior Aizik Gonzales. Macon and Bejarano have both gone over 1,300 rushing yards while combining for 36 touchdowns on the ground. Junior Ian Maciel has been a playmaker on the Yellow Jackets’ defense, collecting 73 tackles, 13 sacks, and three forced fumble in 11 games.

Outside of their two losses to higher division opponents, Mission Bay has been a force on both sides of the ball this season. The Buccaneers rolled through league play, winning three of the four games by 35 points or more. Senior quarterback Clash Orsborn has been excellent over the past three seasons, posting stats that put him amongst the all-time passers in San Diego County. He’s thrown 43 touchdown passes this season, giving him 71 for his career and is closing in on 5,700 career passing yards. He’s also scored 12 times on the ground this season. Junior Jacob Sloan has been Orsborn’s top target outside, catching 65 passes for 823 yards and 17 touchdowns this year. The Buccaneers defense has 23 sacks and eight interceptions this year but will need to be ready for running, running, and more running against Palo Verde Valley.