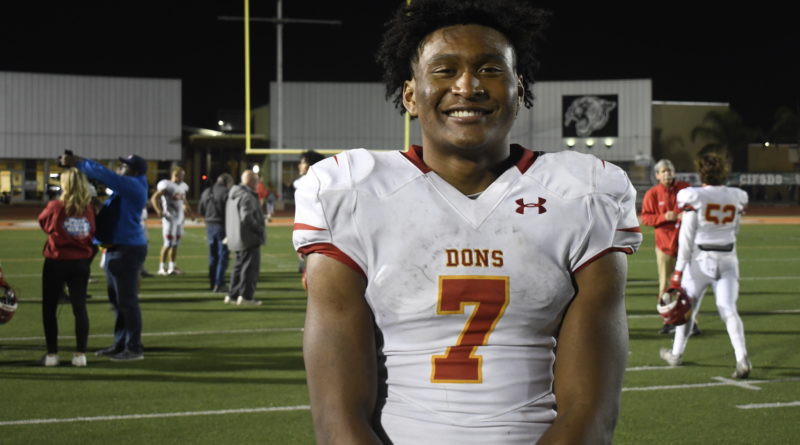 Here’s a quick look at some of the top stars and individual performances from the third week of playoffs throughout SoCal.

Marcus Martin, Salesian QB: Martin was 33 of 55 passing for 409 yards and six touchdowns in Friday’s one-point loss to St. Anthony.

Cheo Medina, Northview RB: Medina had 179 total yards and a touchdown in Friday’s win over Palmdale.

Houston Thomas, Servite RB: Thomas carried 15 times for 128 yards and a touchdown and also had an interception against St. John Bosco.

Rashawn Jackson, Venice RB: Jackson rushed five times for 129 yards and a touchdown against Reseda and also returned a punt 82 yards for a touchdown.