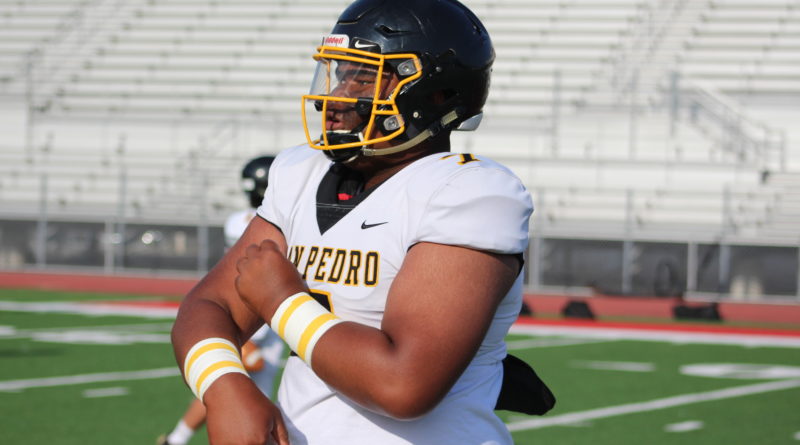 Here’s everything you need to know about the third week of postseason action.

In the Open Division semifinals, No. 5 Birmingham steamrolled No. 1 Banning winning 37-0. The Patriots held the Pirates to just one first down in the first half.

“We weren’t the soft valley school, that’s not us, Patriots head coach Jim Rose told the Daily Breeze. “They were yelling that before the game, that is not us. …That’s a lot of other schools, but it is not us.”

Birmingham will take on No. 2 San Pedro in the title game next Saturday at Pierce College after the Pirates beat No. 3 Palisades 33-17 in the other semifinal. San Pedro forced five turnovers in their win, which included an Elijah Thorpe pick-six.

The Division 1 championship game pits No. 2 Venice against No. 13 Canoga Park. Venice beat reigning champion and third seeded Reseda 28-20 in their semifinal matchup. Rashawn Jackson rushed for 129 yards and two touchdowns in the victory. After trailing 28-7 at halftime, Reseda couldn’t complete their comeback in the second half.

Canoga Park took down No. 1 Dorsey 43-20 in the other semifinal. Kayden Collins rushed for 346 yards and two touchdowns in the win.

In Division 2, No. 1 El Camino Real beat No. 4 Westchester 27-18 to advance to the championship. ECR will take on No. 3 Hamilton next weekend after the Yankees got revenge on No. 2 Fairfax for a regular season defeat and won 21-13 in their semifinal.

First year Taft head coach Jeff Kearin took over a Toreador program that had gone 0-4, 0-9 and 0-10 in its last three seasons, but on Friday No. 1 Taft took down No. 4 Narbonne 20-14 to advance to the Division 3 championship game. The victory improved Taft’s record to 6-7.

Taft will take on No. 3 Panorama in the title game. The Pythons beat San Fernando 39-13 in the other semifinal, avenging a 13-0 October league defeat.