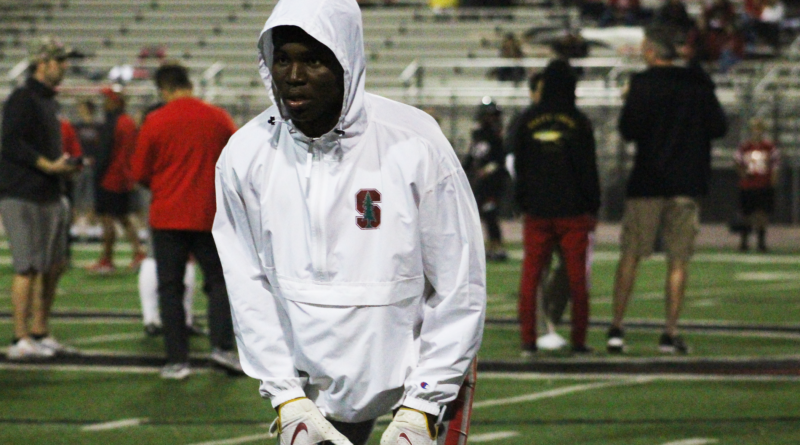 CORONA, Calif. — Mater Dei senior linebacker David Bailey played so well on Friday night in the Monarchs Division 1 Southern Section semifinal win over Corona Centennial that after the game, head coach Bruce Rollinson lifted Bailey’s arm with his own and presented him to the Mater Dei crowd.

Bailey discusses the win below.