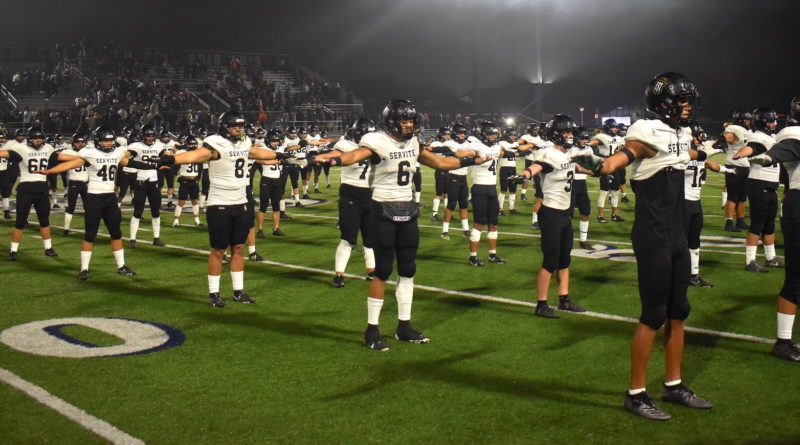 The Friars, known for their world-class passing game, only attempted eight passes on the night. But QB Noah Fifita completed six of them for 47 yards, and ran for 128 yards and three touchdowns. RB/DB Houston Thomas both broke free for a 72-yard touchdown and recorded an interception in the fourth quarter, and finished with 134 rushing yards. WR Ethan Scaffidi added a 23-yard rushing touchdown. DL/OL Mason Graham registered a strip-sack that was recovered by DL Vaka Amasio-Hansen. K Lucas Gimenez went two-for-two on field goals and 4-4 on PATs.

Rayshon Luke scored a 37-yard touchdown on a pass from Pierce Clarkson, and also ran for a 78-yarder. The Braves also scored on a Katin Houser touchdown pass to Chedon James.

Servite will play rival Mater Dei on Nov. 26 for the Southern Section championship and qualification to the CIF State Open Division finals.