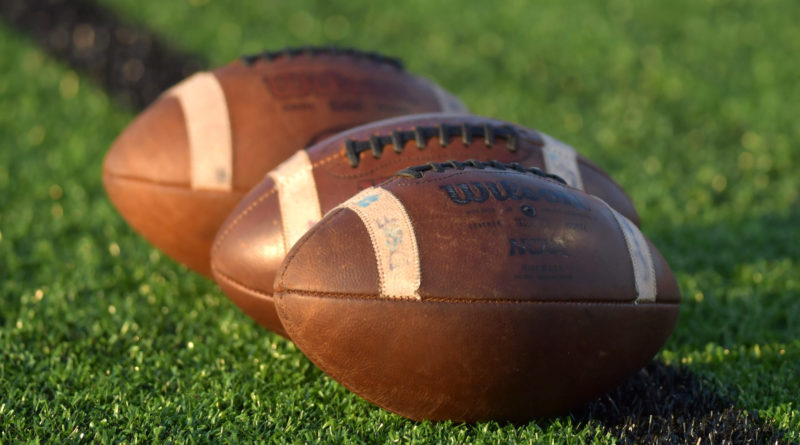 As of this coming week, all of Northern California high school football is in the playoffs. And the big performances just keep on coming. Last week, fewer teams were in action than usual because much of NorCal finished the regular season the week prior. But there were dozens of great games and individual efforts like always.

As the first week of games each season is known as “Week Zero”, the weekend of Nov. 4-6 was officially Week 11 in California high school football. Here’s a quick look at some of the top stars and individual performances from Week 11 throughout NorCal.

Viliami Teu, Saint Francis (Mountain View) RB: Teu ran for 344 yards and two touchdowns in a 44-21 victory against Serra for the WCAL championship.

Devin Green, Sheldon RB/DB: Green lifted the Huskies over Turlock 36-22 in the playoffs with 150 yards and two touchdowns rushing, a receiving two-point conversion, an 18-yard touchdown pass, and a 62-yard fumble recovery touchdown on defense.

Kai Hall, St. Vincent de Paul RB: Hall ran for 215 yards and four touchdowns and also caught for 40 yards and another TD in a 42-6 rout of Santa Rosa.

Jacob Porteous, Casa Grande QB: Porteous went off for 499 yards and seven touchdowns passing on 34-51 completion in a 53-27 victory over Justin-Siena.

Lucas Knecthle, Cardinal Newman QB: Knecthle helped lead the Cardinals to a 49-14 win over West County by completing 14 of 18 passes for 156 yards and two touchdowns, and also running for 139 yards on just nine carries.

Deovion Hill, Liberty (Brentwood) RB: Hill rushed for all four of the Lions’ touchdowns and 164 yards in a 28-14 victory against Heritage.

Frederick Tyler, Encinal RB: Tyler ran for 164 yards and two touchdowns in a 35-14 win against Hayward.

Davis Smith, Foothill (Palo Cedro) QB: Smith led the Cougars to a 42-21 victory over Enterprise by completing nine of 11 passes for 168 yards and three touchdowns, and also running for 125 yards and another touchdown.

Jayr Ramirez, Williams RB: Ramirez ran for 271 yards and four touchdowns in a 66-24 rout of Hamilton.

Miguel Rivera, Williams LB/WR: Rivera recorded a pick-six and another interception he returned a total of 101 yards, and also broke up two passes and caught for a pair of two-point conversions.

Xavier Catano, Live Oak (San Jose) QB: In a 33-7 triumph over Piedmont Hills, Catano completed five of six passes for 175 yards and a touchdown, and also ran for 211 yards and two TDs on just 11 carries.

Shayan Shariat, Leigh RB: Shariat ran for 157 yards and had a 60-yard touchdown catch in a 28-0 rout of Branham.

Asante Carter, St. Mary’s (Stockton) RB: Carter ran for three touchdowns and over 100 yards in a 56-12 postseason trouncing of McClatchy.

Verlis Smith, Ripon WR: Smith caught for 125 yards and two touchdowns as the Indians breezed past Ceres 39-13 in the playoffs.

Broc Perry, Hilmar RB/LB: Perry recorded a pick-six and ran for 110 yards and two touchdowns in a 61-27 playoff victory against Los Banos.

Aaron Adams, Waterford QB: Adams led the Wildcats to a 48-25 postseason win against Summerville with 174 yards and three touchdowns passing to go with 193 yards and three TDs on the ground.

Jack McCann, Linden LB: McCann led the Lions with 10 tackles, two interceptions, and a fumble recovery in a 42-28 playoff win over Orestimba.

Lavelle Davis Jr., Placer RB: Davis had 17 carries for 231 yards and four touchdowns in a 63-28 playoff rout of West Park. Kosta Aleksic also had a big night running the ball for the Hillmen.

Luke Weaver, East Union QB: Weaver led the Lancers to a 51-7 postseason blowout of Del Campo with 297 yards and three touchdowns passing on 16-25 completion to go with 88 yards and two TDs rushing.

Jake Elorduy, Christian Brothers QB: Elorduy threw for 300 yards and three touchdowns, and ran for 65 yards and a two-point conversion, to lift the Falcons over Rodriguez 30-16 in the playoffs.

Ricky Bastianelli, Roseville RB: Bastianelli ran for 141 yards and four touchdowns to lift Roseville over Davis 33-21 in the postseason.

Ali Collier, Monterey Trail RB: Collier rushed for 193 yards and three touchdowns in a 39-23 playoff win against Woodcreek, and had a 12-yard catch to surpass 200 yards of total offense.