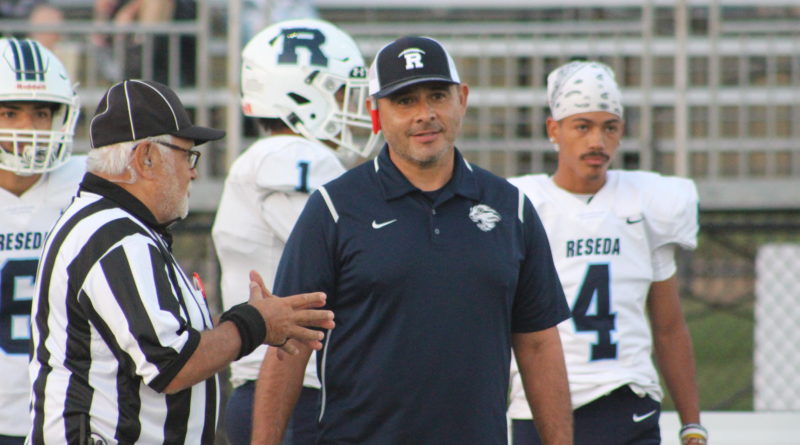 Here’s everything you need to know about the first week of postseason action.

No. 1 Dorsey took down No. 16 Chatsworth 48-13. Mychai Williams intercepted his tenth pass of the season for the Dons in the win.

In the second round, Dorsey will take on No. 9 Cleveland who won their first round game over No. 8 Huntington Park 22-8.

Even with their upset, Arleta gets to host their second round game because No. 13 Canoga Park beat No. 4 Franklin 35-34 in overtime. Kayden Collins rushed for 208 yards and scored four touchdowns in the Hunters’ win. Franklin tried to go for two in overtime after scoring a touchdown but couldn’t convert.

No. 3 Reseda took care of business against No. 14 Granada Hills winning 33-0. The Regents played strong defense to contain Highlanders’ star tailback Dijon Stanley. On offense, Reseda junior QB Anthony Morris finished the game 8 for 12 with 132 yards and a rushing score.

No. 6 Eagle Rock beat No. 11 Dymally 27-6. The Eagles will take on Reseda in the quarterfinals on the road.

In the final two Division 1 games, Crenshaw was forced to forfeit due to not having enough players vaccinated against COVID-19, which gave South East a free pass to the quarterfinals where they’ll meet No. 2 Venice, who beat No. 15 Kennedy 62-34. Romeo Signore rushed for 122 yards and three touchdowns in the Gondoliers’ win.

No. 8 Jefferson took down Fremont 24-20. The Democrats will play on the road against El Camino Real in the quarterfinals.

No. 4 Westchester beat No. 13 Grant 41-14 and will now host Hawkins on Friday in the quarterfinals.

No. 7 MACES won over No. 10 Bell 10-7 and will travel to No. 2 Fairfax this Friday after the Lions beat North Hollywood 35-10. Sophomore QB Henry Prince threw three touchdowns and rushed for a fourth for Fairfax in their win. Jeffrey Nieves-Mays caught two of the touchdowns.

The Toreadors will host No. 9 View Park in the quarterfinals after the Knights took down No. 8 Contreras 32-29. Watch the highlights from View Park’s win here.

No. 5 Manual Arts beat No. 12 Monroe 22-20. Manual Arts will play on the road against No. 4 Narbonne in the quarterfinals. The previously winless Gauchos picked up their first victory of the season in a 14-0 first round triumph over No. 13 Santee.

No. 7 New Designs Watts won via forfeit over No. 10 Torres and will now play on the road against No. 2 San Fernando in the second round after the Tigers beat No. 15 Mendez 22-12 in round one.