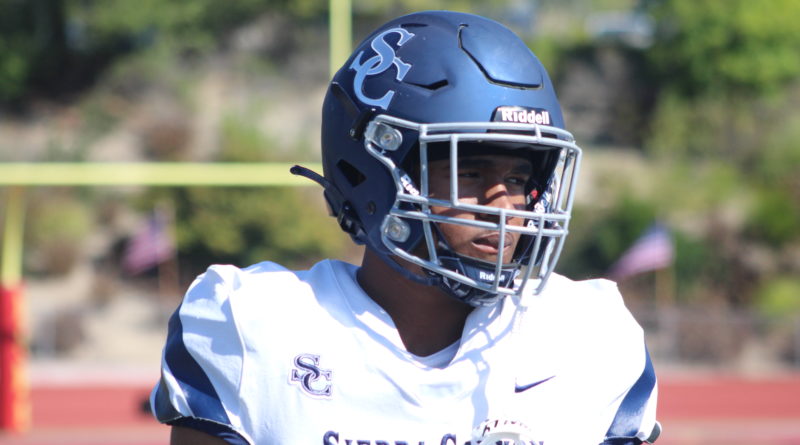 The Southern Section released its 2021 high school football playoff brackets for all 14 divisions on Sunday. Ahead of the first round games on Nov. 5, we’re previewing every playoff division from D1 to D14. Since Division 1 won’t begin until next week, we’re starting with D2, which is arguably the most competitive division in the Section.

Here’s everything you need to know about the D2 bracket:

With the exception of JSerra vs. Sierra Canyon, a case could be made for any of the other Division 2 opening round games as the best first-round matchup in the Division, but Inglewood (9-0) vs. St. Bonaventure (9-0) gets a slight nod for a few reasons.

For starters, the spotlight is now on Inglewood after they made national headlines last week following a 106-0 win over Morningside. Class of 2022 UCLA quarterback commit Justyn Martin threw 13 touchdown passes and Inglewood repeatedly went for two point conversions after touchdowns, including when they led 104-0. The lopsided score drew ire from a whole spectrum of people that spanned from Morningside head coach Brian Collins to ESPN college basketball analyst Dick Vitale.

But even without last week’s controversy, this game would still have plenty of intrigue. Both teams are undefeated and play great defense. Inglewood outscored Ocean League opponents 249-0 in the four games they played this season (Compton Centennial forfeited) and St. Bonaventure only allowed 10 points per game against better Marmonte League opposition.

St. Bonaventure has played a much tougher schedule and has better depth than Inglewood, but the Sentinels have more star power led by their trio of UCLA commits: Martin, safety/receiver Clint Stephens and running back Tomarion Harden. The Seraphs top player is 2023 running back Delon Thompson. He’s rushed for 980 yards and 17 touchdowns this season. Inglewood senior linebacker Taariq Al-Uqdah, a Washington State commit, will be one of the main Sentinels tasked with slowing Thompson down. Al-Uqdah is the x-factor in this one.

Bishop Diego (8-1) vs. Alemany (5-3): This game comes down to whether the Cardinals can slow down the Warriors’ high powered rushing attack. In their last two games, Alemany has rushed for 938 yards with seniors Floyd Chalk and Jaylen Thompson doing most of the damage.

Yorba Linda (10-0) vs. Bishop Amat (7-3): Yorba Linda’s reward for going 10-0 this season and winning the Crestview League is an opening round away game against Mission League No. 2 Bishop Amat. That’s a tough blow. Lancers’ junior running back Aiden Ramos has been one of the most consistent players for Bishop Amat this season. Expect him to have a big night.

Murrieta Valley (7-3) vs. Edison (7-3): There will be talent all over the field in this one. Murrieta Valley QB Brandon Rose is committed to Utah and has thrown 33 touchdowns to just two interceptions this year. 16 of the TD’s have gone to star junior wide out Tiger Bachmeier. The names to know for Edison are receiver Nico Brown, running back and defensive back Troy Fletcher and defensive lineman Austin Grbic. Brown’s caught nine TD’s this season, Fletcher’s rushed for 19 and Grbic has made 13 sacks.

Simi Valley (10-0) vs. Orange Lutheran (6-4): Who will play quarterback for Simi Valley? Last week in a 48-12 win over Agoura, 2022 Oregon State commit Travis Throckmorton returned from injury but only threw 12 passes. Freshman Steele Pizzella did the vast majority of damage in the game completing 13 of 20 passes for 183 yards and four scores. If called upon, can Pizzella replicate that form against a Trinity League foe? Orange Lutheran quarterback Logan Gonzalez has been healthy all season completing 154 of 250 passes for 2,072 yards, 21 TD’s and only five picks.

Corona del Mar (8-2) vs. Warren (8-0): This game is all about 2023 Warren QB Nico Iamaleava. Can the talented signal caller make enough plays against Corona del Mar’s strong defense? He’ll be the best player on the field.

Cajon (10-0) vs. Vista Murrieta (8-2): Two high flying offenses face off in this game. Cajon senior running back Freddy Fletcher has rushed for 1,081 yards and 15 touchdowns so far this season. He’s also caught four scores. For Vista Murrieta, senior quarterback Brady Jones has thrown 25 touchdowns and only one interception. Senior running back Gavin Galzote has rushed for 1,459 yards and 19 scores.

JSerra (3-7) vs. Sierra Canyon (5-4): When these teams met in the first week of the regular season, Sierra Canyon won 40-14. Senior quarterback Daniel Duran completed 17 of 22 passes for 295 yards and two touchdowns in the victory. Expect him to have another big night.

WHO HAS THE BEST PATH?

It’s Sierra Canyon. The top half of the bracket is grueling with Alemany, Bishop Amat, St. Bonaventure, Inglewood, Edison and Murrieta Valley all capable of stringing three wins together and making the title game.

On the other side, potentially facing Vista Murrieta will be a challenging quarterfinal matchup for the Trailblazers, but outside of the Broncos, Sierra Canyon should beat any other opponent they face thanks to their talented defense.

WHO WILL WIN THE D2 TITLE?

The Trailblazers have one of the top defenses in the state led by 2022 safety Kamari Ramsey, a Stanford commit, and Jonah Lewis, a stud 2023 cornerback. Sierra Canyon not only beat Norco when the two teams faced off, they held the Cougars to their lowest point total of the season.

Beating Sierra Canyon requires having a defense that can go toe to toe with the Trailblazers defense and on paper no team has that in Division 2. Edison, Inglewood and St. Bonaventure probably come the closest, but two of those teams will be eliminated before a potential championship game against Sierra Canyon would occur since they’re all on the other side of the bracket.

The Trailblazers have the best defense and best path. That’s a recipe for a championship.