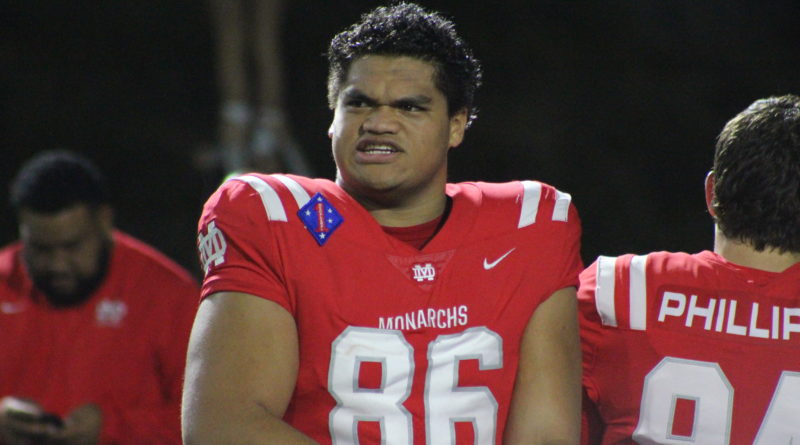 Last week, we asked California high school football fans to vote for the best defensive lineman in the state. There were 30 different DL’s from schools all around California included in the poll.

Mater Dei defensive lineman Jacob Kongaika won the poll with over 18,000 votes. He’s made 11 tackles so far this season with 4.5 coming for loss. Kongaika has also recovered a fumble. He’s received scholarship offers from UCLA, Colorado State and Utah State.