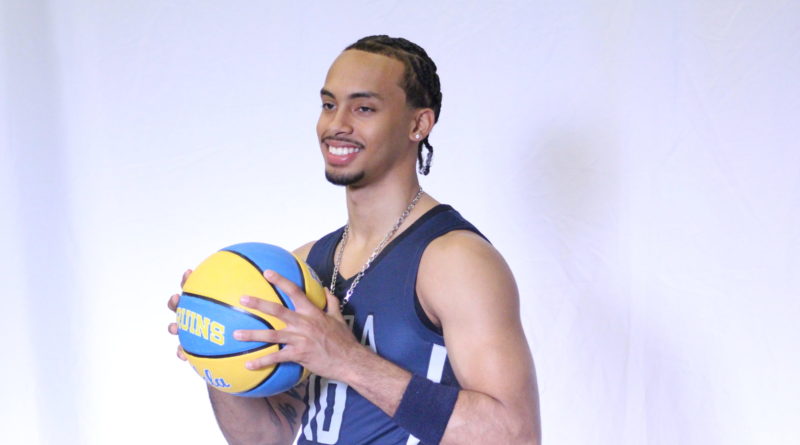 CHATSWORTH, Calif. – Sierra Canyon boys basketball head coach Andre Chevalier has had some fantastic teams in his four seasons at the helm of the Trailblazers’ program, but this year’s squad will be his deepest.

“It’s like when USC had Pete Carroll and they were three deep at every position,” Chevalier said during Sierra Canyon’s media night on Wednesday.

When Elohim, Price and Nyarko become eligible to play in late December, Sierra Canyon will have 13 players vying for minutes in the rotation.

“The pace that we play at will require them to ask for a break hopefully,” Chevalier said when asked about the challenge of trying to keep all of his players happy with minutes. “Amari doesn’t want to ever come out of the game, but hopefully we can get him tired enough this year that he’ll ask for a minute, but I think that with us pressuring a lot defensively and pushing the ball, there’s not going to be a worry about playing time.

“Every year people ask me, ‘how are you going to do this and do that with the amount of minutes that you have and people that you have?’ [My teams] always find a way to sacrifice for each other and find a way to win. That’s the most important thing, that they buy in to winning and sharing the ball.”

Three other seniors have received Division I scholarship offers but haven’t committed yet: Cal and USC have offered Nyarko, forward Shy Odom has received scholarship offers from Georgetown and USC and Alpha Chibambe, a hybrid guard/forward, has been offered by Marquette, Oregon State and Pepperdine.

Elohim is arguably the top player nationally in the 2024 class and will be able to play at any college he wants if he chooses to go that route in two years. That core of seven mixed with junior guard Bronny James and five other talented underclassmen make up the clear No. 1 team in the state this season and there isn’t really a close second.

“We want to go undefeated and win everything,” Bailey said.