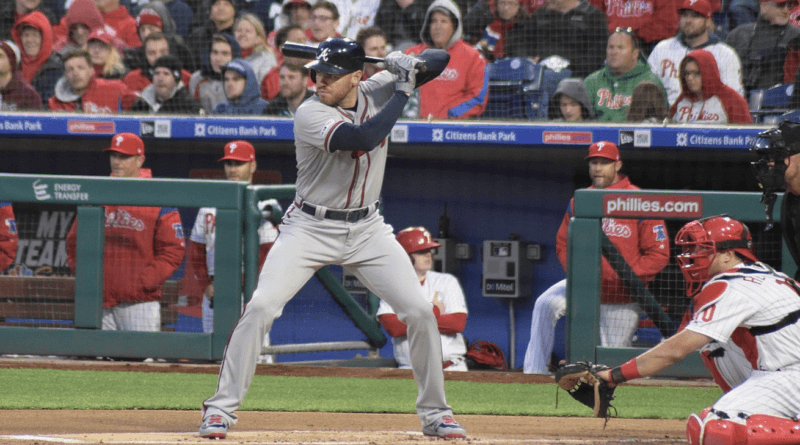 The 2021 World Series begins on Tuesday night and California is well represented as usual. From Frank Robinson to Randy Johnson, California has had a rich history of former standouts playing well in the Fall Classic.

Chavez was a 42nd round selection out of Riverside Community College in 2002 and is finishing up his 17th major league season, his first with Atlanta.

Fried was the seventh overall selection by the Padres in 2012 and was traded to Atlanta in 2014. He’s finishing up his fifth major league season and was named the National League Gold Glove winner in 2020.

Lee was a 10th round pick out of Fresno State in 2016. He made his major league debut earlier this season and enters the World Series having only pitched in two major league games.

Matzek was the 11th overall pick out of high school in 2009 and made he major league debut with the Rockies in 2014. After five seasons away from the big leagues, Matzek returned with the Braves in 2020 and has been a big part of their bullpen during the playoff run.

d’Arnaud was a first round pick out of Lakewood in 2007 and made his major league debut with the Mets in 2013. He joined the Braves prior to the 2020 season and won the National League Silver Slugger award in 2020.

Freeman was a second round pick out of El Modena in 2007 and made his debut with the Braves in 2010. He’s been a five-time All-Star during his 12 seasons and was named the National League Most Valuable Player in 2020.

Taylor was a second round pick in 2013 and bounced around in the minor leagues for seven seasons before debuting with the Astros last season. He pitched in 51 games this season and is one of the few left-handed relievers out of Houston’s bullpen.

Castro was a first round pick out of Stanford in 2008 and made his debut for the Astros in 2010. He played six season in Houston before going on to play for three other teams and returned to Houston prior to this season.

Baker was drafted by the Braves in 1967 and made his debut for the team one year later. He played 19 seasons in the major leagues while being named to two All-Star games and winning the 1981 World Series. Baker was named the San Francisco Giants manager in 1993 and has gone on to manage the Cubs, Reds, and Nationals since then. He took over as the Astros manager prior to the 2020 season.

Strom was drafted twice out of junior college and decided to sign with the Mets as the third overall pick out of USC in 1970. He went on to pitch in 100 major league games. He began his coaching career in 1992 and has been the Astros Pitching Coach since the 2014 season.

Pettis was an 11th round pick out of Laney College in 1979 and made his debut with the California Angels in 1982 and went on to play 11 seasons in the major leagues while winning five Gold Glove awards. He’s been on the Astros staff since the 2015 season.