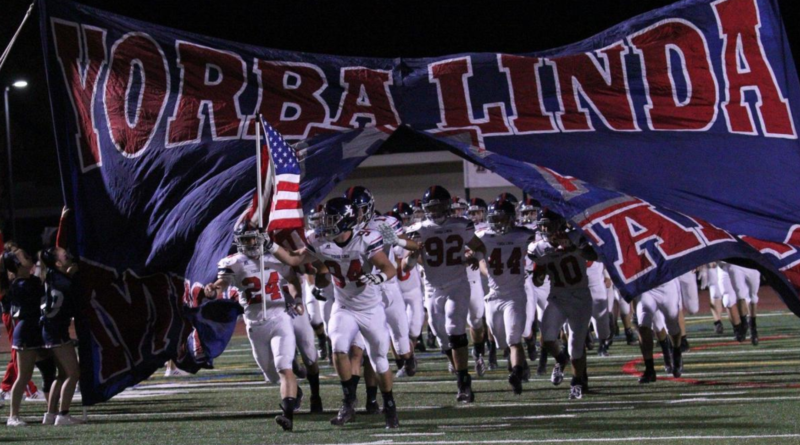 After the tenth week of action across the Section, here are SBLive’s Top 25 Southern Section high school football rankings. The rankings are compiled by reporter Connor Morrissette and will be released every Monday throughout the fall 2021 season.

Mater Dei firmed its grip on the No. 1 ranking with a 46-37 win over Servite on Saturday night.

Servite lost to No. 1 Mater Dei 46-37, but played the Monarchs closer than any team since 2019, so they move up to No. 2. For three and a half quarters, the Friars went shot for shot with Mater Dei. Senior Arizona commit Noah Fifita completed 26 of 41 passes for 306 yards and two touchdowns in the loss. Senior Oregon commit Tetairoa McMillan snagged 15 receptions for 163 yards and two touchdowns.

Prior to losing to No. 1 Mater Dei 42-21 on Oct. 1, St. John Bosco had rolled through their non-league schedule which included three of the top teams in the country in Central (Fla.), East (Ill.) and Oscar Smith (Va.). The Braves beat No. 8 Santa Margarita 41-16 last week. Senior running back Rayshon Luke scored three touchdowns.

Servite played Mater Dei closer than St. John Bosco did, so the Braves move down this week.

Centennial picked up another dominating win in the Big VIII League last week as they took down Roosevelt 64-0. The Huskies best wins are over No. 6 Sierra Canyon and No. 7 Norco.

Mission Viejo just keeps on winning. Last week, the Diablos took down San Juan Hills 42-22. The Diablos have beaten No. 6 Sierra Canyon and No. 15 Alemany this season.

Sierra Canyon traveled to Arizona and lost to a very talented Saguaro team 24-7 two weeks ago. The Trailblazers’ best win this season came against No. 7 Norco, 35-21.

Norco stuck with No. 4 Corona Centennial for a half, but lost 48-24 two weeks ago. The Cougars’ best win came over No. 8 Santa Margarita in August. Last week, the Cougars beat up King 55-0.

Warren took down Paramount 40-6 two weeks ago to stay undefeated on the season. Their best win is over No. 22 Gardena Serra, 14-0.

The Lancers started the year 5-0 under new head coach Rod Sherman, but they then lost three straight to No. 2 Servite, No. 1 Mater Dei and No. 3 St. John Bosco in Trinity League play. Last week, Orange Lutheran beat JSerra 9-7. The Lancers’ best win came against No. 13 Edison, 23-21, in early September.

Edison picked up a key Sunset League win over Corona del Mar 28-20 two weeks ago. The Chargers will be a very tough out in the Division 2 Southern Section playoffs in a couple of weeks. Last week, Edison beat Fountain Valley 51-0.

The Seraphs are undefeated with their best win coming against No. 19 Bishop Diego 21-14 on Oct. 1. Last week, St. Bonaventure beat Westlake 27-17.

Alemany can’t be stopped on the ground right now. The Warriors rushed for 510 yards in a 45-35 win over No. 16 Bishop Amat two week ago. Floyd Chalk had 260 yards and three of the scores.

The Lancers bounced back from their defeat against Alemany to beat Chaminade 29-18. “This was for the playoffs and we’re in a good situation after tonight,” Bishop Amat coach Steve Hagerty told Fred Robledo of the San Gabriel Valley Tribune postgame.

Even with backup QB Steele Pizzella playing, Simi Valley just keeps on winning. They beat Thousand Oaks 41-7 to move to 9-0 two weeks ago.

Etiwanda beat Rancho Cucamonga 30-28 in a thriller to stay undefeated.

Bishop Diego fell to No. 14 St. Bonaventure 21-14 three weeks ago but the Cardinals have blown out every other Southern Section opponent they’ve played this season.

Cajon shutout out Redlands East Valley 35-0 last week. Freddy Fletcher rushed for 107 yards and a touchdown in the win.

Serra won their fourth game in a row 30-10 over Notre Dame. Maalik Murphy threw three touchdowns in the victory.

The Tritons have won four games in a row over Murrieta Valley, Loyola, San Juan Hills and Tesoro. Their two losses this season came against No. 13 Edison and No. 23 Corona del Mar.