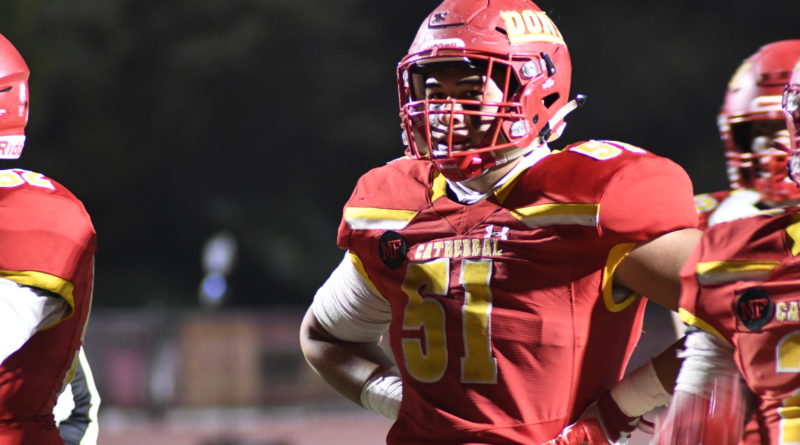 Class of 2022 Cathedral Catholic defensive lineman Jaxson Moi switched his commitment from Cal to Stanford on Saturday. He made the announcement on social media. Moi had previously selected the Golden Bears in June over offers from over 20 schools.

Moi helped lead the Dons to an undefeated record during the spring season while allowing only 14 points over five games. He was named to SBLive’s preseason 2021 all-state California high school football team.