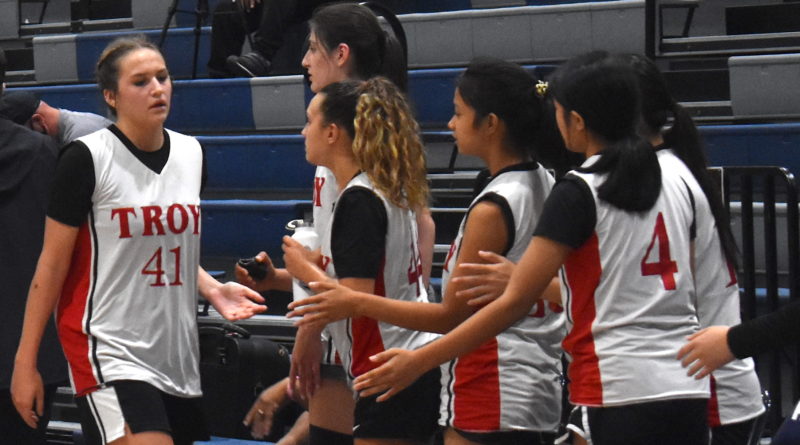 The exhibition game was one of the Warriors’ first showings since adding Hannah Stines, a 4-star Washington commit who returned after one year at Orangewood Academy, and Colorado commit Jada Wynn, a transfer from King’s (WA). It was played at Hope International University in one of the top preseason events in the country, and Troy was one of the dynamic teams in the tournament.