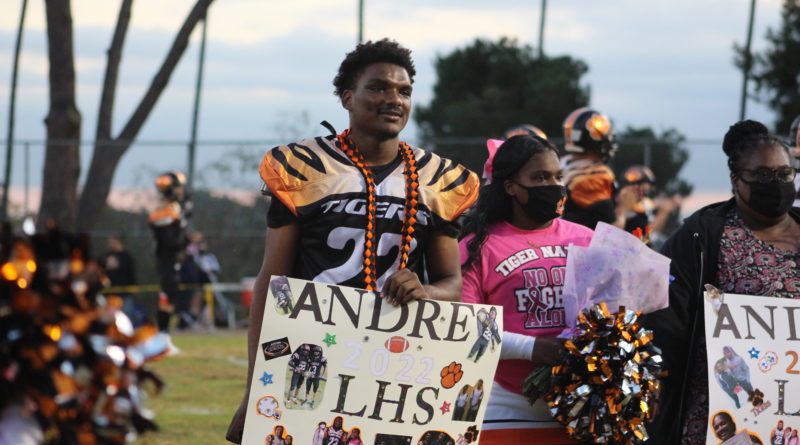 “We haven’t had a game like this in years,” Lincoln head coach Gabriel Cotero said after his Tigers team took down rival Franklin 52-34 in a game that will most likely decide the Northern League title.

In recent years, Eagle Rock was the team to beat in Northern LA, but this season it’s Lincoln. Below are three takeaways from Friday’s win.

The whole LA City Section knows that in order to beat Lincoln, it’s a must to slow down senior quarterback Ivan Plancarte, senior running back Andre Watkins and junior wide receiver Jaden Rattay. Those are the Tigers’ key players and on Friday they were as advertised — even though two of the three walked away from the game banged up.

The Tigers won the coin toss and Rattay told the referee Lincoln wanted the ball. On their opening possession, Plancarte drove his team down the field and scored the first touchdown of the game on a 25-yard scamper. Leading 6-0, Lincoln then forced a Franklin turnover on downs at midfield and Watkins followed that up with a one yard touchdown run to extend the Tigers’ lead to 12-0. On the first play of Franklin’s second offensive possession, Tyler Rosales intercepted an Isaiah Diaz pass and returned it 26 yards for a touchdown. In the blink of an eye, Lincoln led 20-0.

And they weren’t finished.

With Rattay and Plancarte making plays on offense and in the secondary on defense and Watkins bulldozing defenders as a rusher, Lincoln eventually took a 42-14 lead with 8:20 to play in the second quarter.

It looked like Lincoln was on its way to a running clock victory, but Watkins injured his knee on a late first half carry and Plancarte hurt his hip which took away his ability to run (he’d rushed for a 64 yard touchdown in the second quarter after his 25-yard TD run) — and the Tiger offense wasn’t the same the rest of the game.

“Our two main dudes were hurt and then they could key on Jaden Rattay,” Cotero said. “We couldn’t do much so we were just waiting for the clock to spin, but Franklin throws the ball so much it kept stopping.”

Franklin scored the next two touchdowns in the game, but couldn’t overcome the early deficit. Plancarte and Watkins were able to manage the pain and play in the second half leading Lincoln to a 52-34 win. The Tigers only scored 10 second half points, but that was all they needed.

Watkins finished the night with four touchdowns. In the first half, he rushed for 173 yards and three scores.

“We practiced really hard this whole week,” Watkins said. “We came out and everything we practiced played out in the game. This feels really good.”

The Tigers will be heavy favorites in their final Northern League clash of the season next week against Torres. They’re going to win the league, make the Open Division playoffs in the City and finish the year 10-0. It’s unchartered waters for a Lincoln team that was in Division 3 of the LA City Section in 2019, the last time there were high school football playoffs in California.

“It’s bittersweet because we wanted a legitimate chance at a championship [this year],” Cotero said when asked about his reaction to virtually locking up an Open Division spot. “I wish we’d be Division 1 and people are telling me to lose a game and I tell them, ‘I’m not going to lose a game, especially a game like this.’ I think we can make a run because these kids believe. Our coaches work hard and we’re going to get better.”

LINCOLN TO GET NEW FIELD

The Lincoln PA announcer said it best when the final seconds ticked off the clock in the fourth quarter.