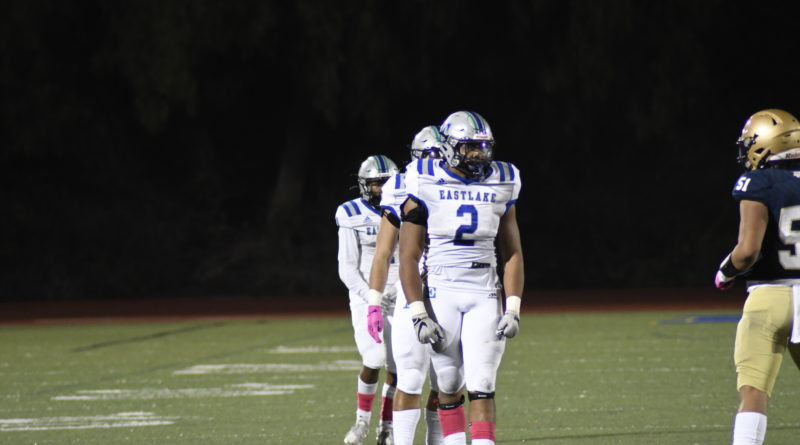 Class of 2022 Eastlake High School linebacker Trey White committed to the San Diego State Aztecs on Wednesday. He made the announcement on KUSI-TV.

White has been a dominant force for the Titans’ defense over the past three seasons, collecting 95 tackles, 19 sacks, and four forced fumbles during that time. He had five sacks in a game against La Habra earlier this season. Prior to the fall season, White was named to SBLive’s Preseason All-San Diego Section football team.

White picked up 14 offers during the recruiting process before selecting the Aztecs.