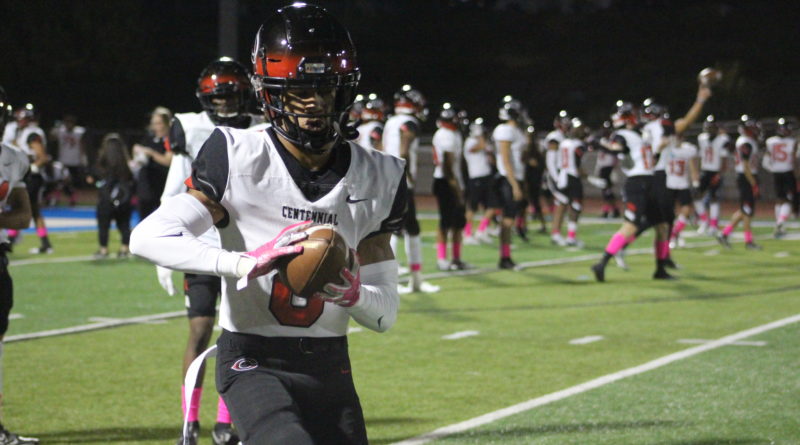 Here’s a look at the top storylines in the ninth week of the 2021 Southern Section high school football season. The weekend of Oct. 14-16 was California’s Week Eight, as the first week of the season is known as “Week Zero”.

NO. 4 CORONA CENTENNIAL GETS REVENGE, BIG VIII LEAGUE TITLE AGAINST NO. 7 NORCO

The Huskies avenged a 38-36 upset to league rival Norco in the spring with a 48-24 victory. Centennial led 21-17 at halftime before pulling away in the second half.

Edison beat Corona del Mar in a one-score game for second place in the Sunset League for the second year in a row. The Chargers won 28-20 in what turned into a defensive duel after the first quarter.

Alemany picked up its biggest win of the season, a 45-35 victory over Bishop Amat, to stay unbeaten in Mission League play. Floyd Chalk and Jaylen Thompson ran for 260 and 186 yards, respectively.

HOW THE REST OF THE TOP 25 FAIRED, AND OTHER NOTABLE RESULTS