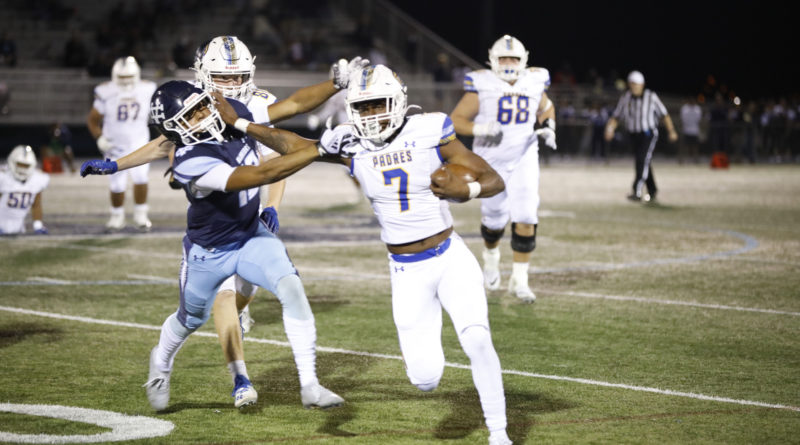 “We just turned it on too late,” said Valley Christian head coach Mike Machado after the game.

Serra, on the other hand, was rolling from the jump. From the first drive to the last, they leaned on No. 4, senior running back Petelo Gi. After an unsuccessful deep shot on the very first play of the game by No. 7 Dominque Lampkin, Gi took a screen 40-plus yards to put the Padres in the red zone.

A handful of inside zone plays (mostly with split-action) later, and Gi got into the end zone for the first score of the game. The Serra offensive line executed well the entire drive, paving the way for Gi.

On the ensuing drive, Valley Christian came out in their classic Wing-T formation. But Serra was ready. Sophomore safety Joseph Bey, in Serra’s loaded 2024 class, had his name called on a couple of occasions throughout the first drive, as he came down to fill those Wing-T-designed running lanes.

After the Padre defensive box remained stout, the Warriors were forced to punt. And they quickly found out that the Padres have weapons on all units, including special teams. No. 11 Malakai Hoeft, a senior safety, returned the punt 73 yards for a touchdown to give Serra quick 14-0 lead.

“With what we’re able to do, especially with this year, we had to start moving the ball,” said Machado. “And if we had an incompletion, we’d stop the clock.”

Sticking with that theme, Valley Christian quarterback Jakson Berman started connecting through the air, relying heavily on elite junior wide receiver Jurrion Dickey. After the Warriors drove down to the goal line, a miscommunication between Berman and Dickey led to a Serra interception and a 40-plus yard return.

Serra rode Gi all the way to the red zone again, and Lampkin found the end zone on a designed QB sweep to put the Padres up 21-0 early in the second quarter.

The final score of the first half, and the last score that Valley would allow in the game, came from a trick iso hand-off, Y-pop connection from sophomore running back Jabari Mann to one of Serra’s athletic tight ends, Seamus Gilmartin. The touchdown gave Serra a commanding 28-0 halftime lead.

Serra’s offensive line dominated the first half, led by senior tackle, No, 74 Drew Azzopardi (pictured above).

At the start of the second half, Serra was still controlling the line of scrimmage, but after a few key personnel changes and some adjustments made by coach Machado, quarterback Berman, running back Joshua Minami, and wide receiver Dickey were able to spark their team back into contention. The three combined for an exciting second-half offensive rejuvenation, with Minami making people miss on the ground, Dickey as the deep threat (which opened up many underneath routes), and Berman using his legs to improvise.

The Warriors found the end zone on their first three possessions of the second half. Minami scored a touchdown on the ground, Dickey caught another through the air and Minami then caught another TD pass. Suddenly, the Warriors trailed 28-21. But Serra was able to hang on after recovering an onside kick with under two minutes left in the game.

“I was very proud of the guys the way we came out of halftime,” said coach Machado. “We scored on three of three possessions, we just didn’t have enough time.”

“I knew if we scored that first touchdown (coming out of halftime), it would boost everybody’s energy, and that’s what we did,” Dickey told SBLive after the game. “I just wish we had more time.” 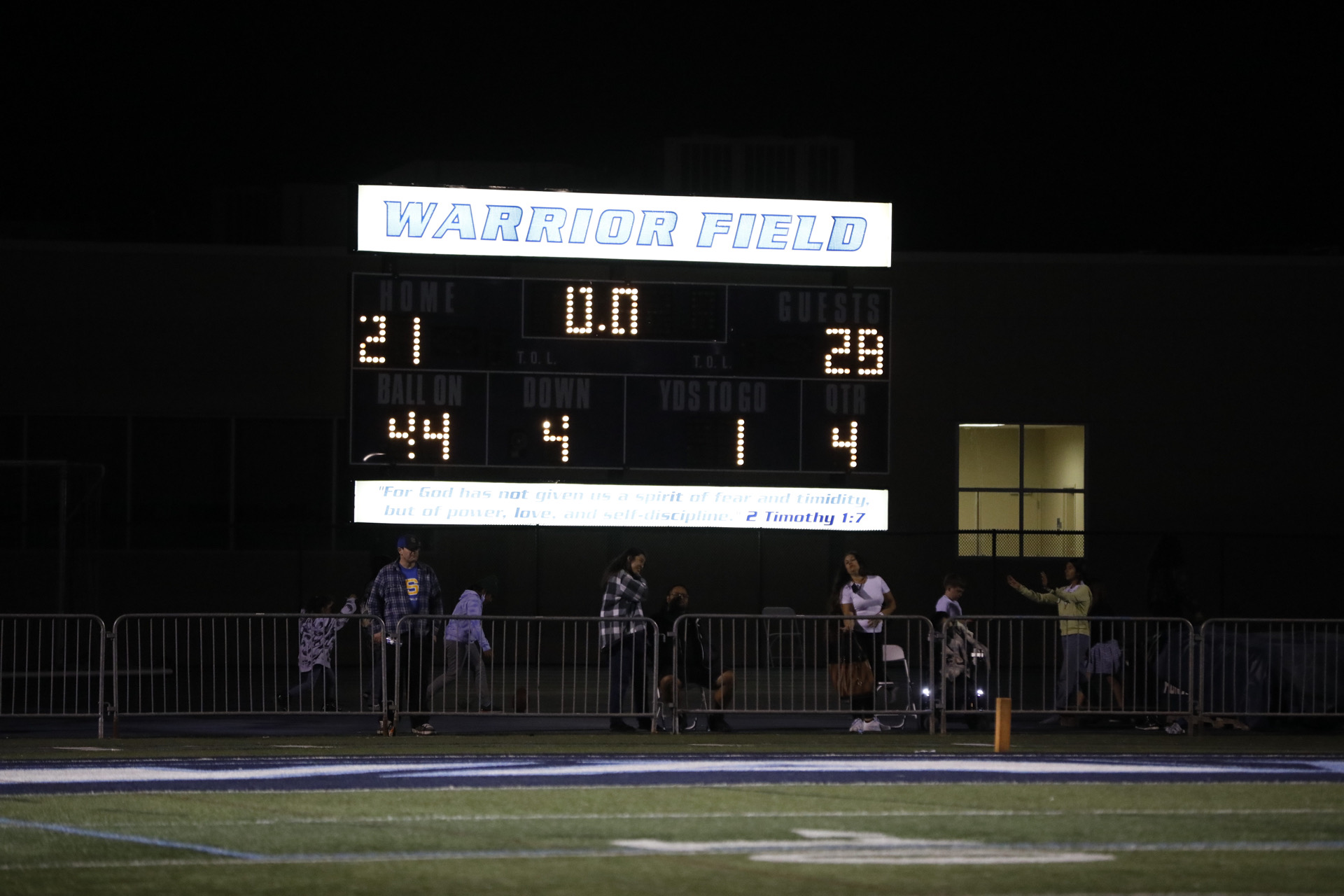