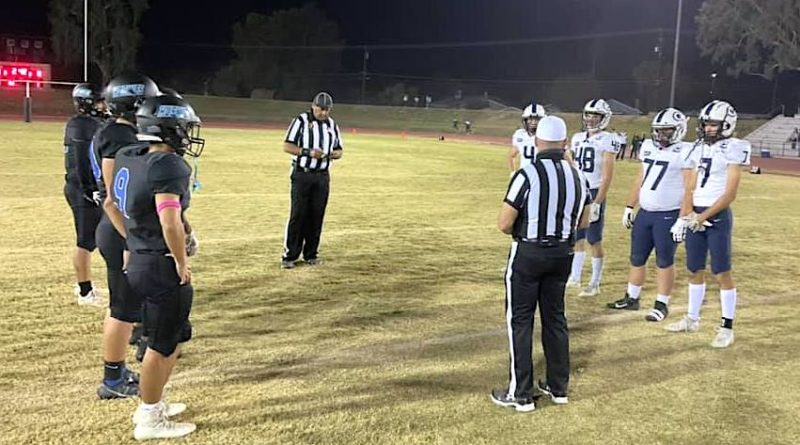 The Cavaliers got on the board first on a 22-yard touchdown run by Josh Sousa. On the ensuing drive, Hanford West answered with a 70-yard strike from Leonard Landeros to Luis Perez.

CVC tacked on another first quarter touchdown on Sousa’s second touchdown run of the game, this time from one yard out.

The Cavaliers outscored the Huskies 21-0 in the second quarter, building a 35-6 halftime lead and never looking back.

“I thought our kids came out ready to play,” said Cavaliers head coach Mason Hughes after the game. “They got us early on that score, but our kids were able to regroup. I thought our defense had big plays. We had a pick six and were able to block a punt or two. They probably scored more points than I would have liked as a defensive coach, but I’m happy with it.”

The Huskies were led offensively by Landeros, who accounted for all three of their touchdowns with two touchdown passes to Luis Perez and a 2-yard quarterback keeper.

With the win, the Cavaliers improved their overall record to 6-2 and 2-1 in CSL play while the Huskies saw their record fall to 1-7 and 0-3 in CSL play. Up next for the Cavaliers, they will return home to host the Bears from Selma High School. Meanwhile, for the Huskies, they will hit the road for the last two weeks of the regular season, starting next week as they travel to Kingsburg to face the Vikings.

(HW) Landeros 43 yd pass to Perez, conversion is no good