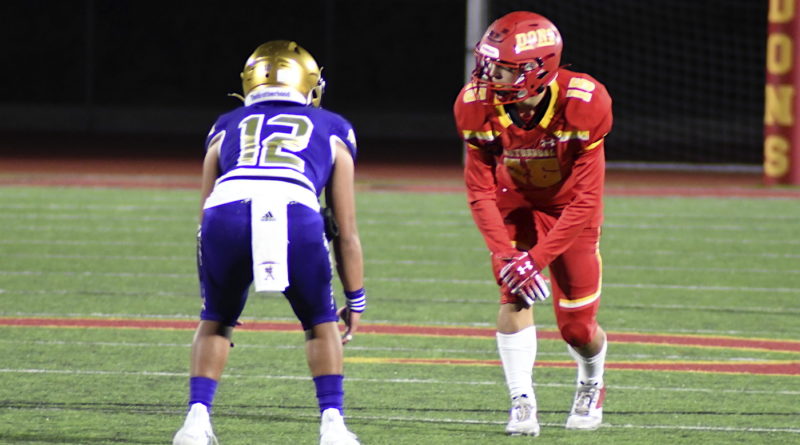 As we move through the last three weeks of regular season action in the San Diego Section, several of the top rivalries in the section are slated to take place.

Santana and West Hills first began their rivalry in 1989 and have played in each of the 32 seasons since. The two schools from Santee come together, battling for the Jack E. Dale Cup. Santana will make the trip West on Mast Boulevard in week ten looking to reclaim the cup after West Hills has won six of seven in the rivalry.

Grossmont and Helix first played in 1951 and have played in all but five seasons since then in what is called the “Battle for the Musket”. Grossmont won three of the first four matchups between the two teams located on opposite sides of Interstate 8, but has lost 25 straight to Helix going back to 1991.

Crawford and Hoover, located just over a mile apart from each other, began playing 1958. They hadn’t played as consistently in recent seasons before resuming the rivalry in 2017 and then became foes in the Central League in 2018. They’ll play for the 46th time in week ten of the regular season.

The “Battle of the Bear” has been a great rivalry for several decades. The two teams located on opposite ends of Bear Valley Parkway first started playing in 1972 and have played 43 times since then. San Pasqual has dominated the rivalry in recent memory, winning 11 straight since 2004.

Rancho Buena Vista started fast in this rivalry, winning three of the first four matchups before Vista seized control, winning 9 of 11 from 1995-2005. This season’s game took place in week three and saw Rancho Buena Vista hold strong at home for a 28-0 win, reclaiming the “City of Vista” trophy for the first time since 2017.

Two of the oldest schools in San Diego County, San Diego and Hoover first played in 1933. They played consistently over the years, often times in league play. They’ve battled it out 71 times, but have not played since the 2014 season.

The “Discovery Bowl” began when Mission Hills opened up in 2004. The Grizzlies lost the opening game before grabbing hold of the rivalry by winning the next 11. San Marcos has had a resurgence within their program in recent years, taking the rivalry game in 2016 and 2018. The two teams will close out the regular season at San Marcos this season.

The rivals, separated only by Interstate 15, began playing in 1995, two seasons after Scripps Ranch opened. They’ve played in all but one season since then with the Marauders holding a 19-8 edge on the series. Scripps Ranch will enter this season’s battle, in week ten, on a two-game winning streak in the series.

Consistently one of San Diego’s fiercest rivalries, the Pirates and Wildcats have been going at in since 1976. El Camino dominated the early years of the game before John Carroll and Oceanside started their dominant stretch in the mid-90’s. Junior Seau and Bryant Westbrook are two of the many standouts that have played in the 47 matchups between the two. They’ll meet up at El Camino to finish the regular season.

The Tigers and Hornets have had some incredible battles, both high scoring and low scoring over the years dating back to their first ever matchup in 1963. The two teams were dominant from the late 70’s through the early 90’s, combining to win nine section championships during that time. Unfortunately the rivalry has only been played five times since 2001, coming together to form the “Unity Bowl”. Lincoln leads the all-time series, 20-17.

The Falcons and Mavericks began playing the “Beach Bowl” in 1996, La Costa Canyon’s first year as a school. It took the Mavericks until 2004 to get their first win in the series, before they won seven straight from 2007-11 including several playoff matchups. This season’s battle, in week 11, will be the 30th in the history of the series. The Falcons hold a 17-12 advantage, though the teams have split each of the last ten matchups.

It doesn’t matter what the sport is, Poway and Rancho Bernardo share a large dislike for each other. They’ll finish up the 2021 regular season with the 31st battle in their series. The Broncos lead 19-11 in a series that has seen many tight, low scoring games since they began in 1992.

It doesn’t get much bigger in the Imperial Valley than the annual “Bell Game”. This year’s battle will take place on the final week of regular season and will likely decide the winner of the Imperial Valley League. Central will enter the matchup having won four straight in the series but will definitely get Brawley’s best effort in the 78th annual showdown.

The oldest continuous rivalry in the county, Chula Vista and Sweetwater will be playing for the 75th consecutive season when they take the field on Friday. The two teams have split each of the last four contests in the series, with Sweetwater in possession of the “Legacy of Pride” trophy after last season’s 36-7 win.

The annual “Holy Bowl” will take place this Friday at Cathedral Catholic. The two teams first began playing in 1966 with the Dons holding a 36-20 advantage over that time. Whether the game is at Cathedral Catholic or Mesa College, it’s always one of the toughest tickets in town.