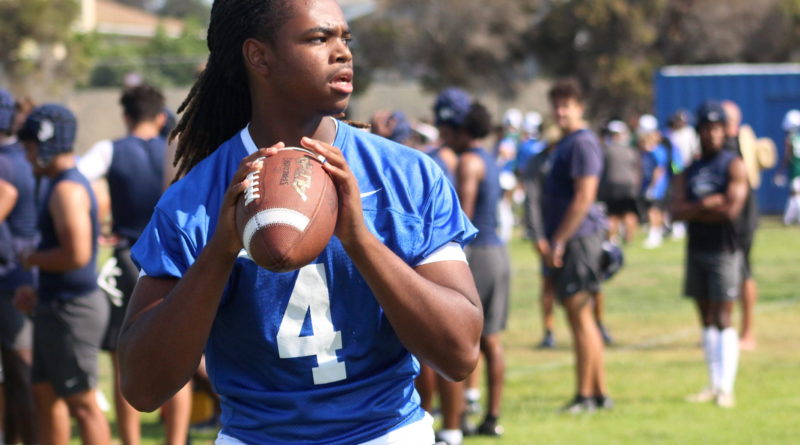 After the eighth week of action across the Section, here are SBLive’s Top 25 Southern Section high school football rankings. The rankings are compiled by reporter Connor Morrissette and will be released every Monday throughout the fall 2021 season.

Elijah Brown won his tenth straight start for the Monarchs leading Mater Dei to a 55-16 win over No. 13 Orange Lutheran a week after they beat No. 2 St. John Bosco 42-21.

Prior to losing to No. 1 Mater Dei two weeks ago, St. John Bosco had rolled through their non-league schedule which included three of the top teams in the country in Central (Fla.), East (Ill.) and Oscar Smith (Va.). The Braves beat No. 25 JSerra 44-7 last week.

Centennial beat up Santiago 69-14 to move to 7-0. Senior Jaden Mickey returned a punt for a touchdown in the win.

Mission Viejo beat Helix 38-21 to stay in the top five.

Sierra Canyon’s defense dominated Westlake in a 35-0 win last week. The Trailblazers’ best win this season came against No. 7 Norco, 35-21.

Santa Margarita made it interesting at times with No. 3 Servite, but eventually fell 48-21.

Los Alamitos junior quarterback Malachi Nelson, an Oklahoma commit, completed 16 of 21 passes for 172 yards and three touchdowns to lead the Griffins to a 35-28 win over No. 14 Edison last week.

Inglewood shutout Hawthorne 59-0. The game was the Sentinel’s second shutout in a row.

Warren took down Lynwood 61-6 to stay undefeated on the season.

The Lancers started the year 5-0 under new head coach Rod Sherman, but have since lost two games in a row to No. 3 Servite and No. 1 Mater Dei. They play No. 2 St. John Bosco this week. Welcome to life in the Trinity League…

Edison didn’t quit and fought back to get within a touchdown of No. 9 Los Alamitos in a 35-28 defeat on Thursday night.

The Lancers keep on moving up following convincing wins over Leuzinger, Damien, Notre Dame and Cathedral.

Alemany has won two games in a row. They have a big one at home this week against No. 16 Bishop Amat.

CDM had a tough time against No. 9 Los Alamitos falling 42-14 two weeks ago, but bounced back with a 35-8 win over Huntington Beach. The Sea Kings play at No. 14 Edison this week.

Serra used a dynamic rushing attack to overcome an injury from QB Maalik Murphy (who still played) to beat Chaminade 22-16.

JSerra lost to No. 8 Santa Margarita 38-13 two weeks ago and to No. 2 St. John Bosco 44-7 last week. The Lions 48-28 September win over Rancho Cucamonga keeps them in this week’s rankings.