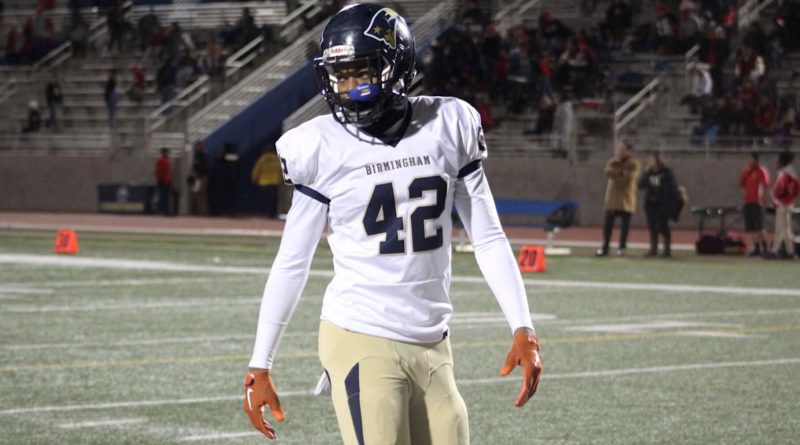 Check out SBLive’s LA City Section Top 10 football rankings below. The rankings are compiled by SBLive California reporter Connor Morrissette and are released weekly throughout the 2021 season.

Banning beat Carson 56-24. Caleb Nuhi-Yandall ran for 300 yards and two touchdowns in the win. He also had an interception. Star Banning running back Jakob Galloway left the game in the first half with an injury.

San Pedro beat Lakewood 48-20. Pirates QB Aidan Jackson accounted for five TD’s in the win. Jackson became the fastest quarterback in San Pedro history to reach 1,000 yards in the air during the game.

Birmingham beat up Taft 63-0. The Patriots led 35-0 after one quarter.

Star junior running back Dijon Stanley is back for Granada Hills after missing several games with an injury. In the Highlanders 36-19 win over Chatsworth last week, Stanley had 14 carries for 154 yards and two touchdowns.

Venice improved to 2-3 with a 47-12 win over Fairfax. Paul Kessler tossed two TD passes in the victory.

Franklin won their rivalry showdown against Eagle Rock 28-21 to move into this week’s rankings. Isaiah Diaz completed 29 of 39 passes for 231 yards and three touchdowns. Hector Ceballos caught all three touchdowns.