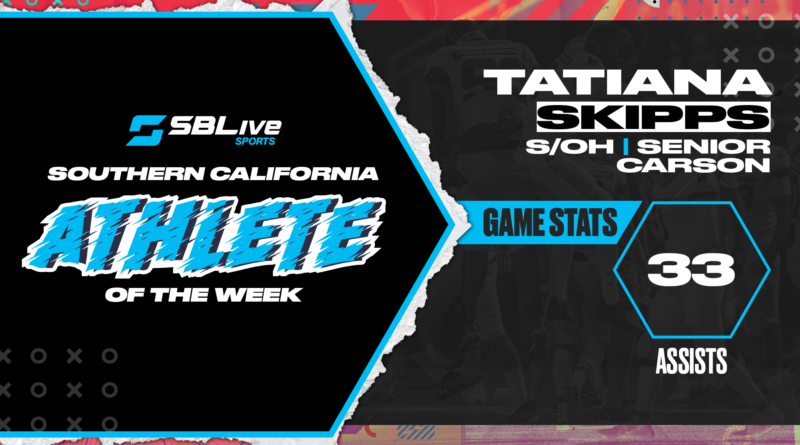 Skipps received 47.45% of the vote, beating out Vista Murrieta RB Gavin Galzote who finished second with 36.26%. Torrey Pines RB Easton Clements finished third with 11.59% and Steele Canyon RB Major Givens finished fourth with 2.63%. There were over 193,000 votes tallied this week!

Jack Susank, Mission Prep RB: Susank had 194 rushing yards on 13 carries and had a 95-yard touchdown run to help the Royals beat Atascadero on Friday.

Fabian Venegas, Sweetwater RB: Venegas has his way with San Ysidro, rushing 12 times for 271 yards and four touchdowns on Friday.

Brandon Rose, Murrieta Valley QB: Rose was 12 of 16 passing for 319 yards and six touchdowns in Thursday’s shutout against Temecula Valley.

Easton Clements, Torrey Pines RB: Clements had 208 total yards and three touchdowns in the Falcons’ one-point loss to Carlsbad this past Friday.

Zachary Marshall, Santa Fe Christian TE: Marshall had six catches for 193 yards and a touchdown to help the Eagles beat Bishop’s 31-24 on Saturday.

Tetairoa McMillan, Servite WR: The Oregon commit showed off on both sides of the ball against Orange Lutheran, catching nine passes for 219 yards and four touchdowns while grabbing an interception on defense.

Iain Matheson, Yucaipa LB: Matheson had eight tackles, one sack, and a pick six in Friday’s win over Redlands.

Eddie Allain, Norte Vista RB: Allain rushed for 245 yards and a touchdown on only nine carries during Friday’s win against Arlington.

Zach Gross, Rim of the World RB: Gross rushed for 220 yards and two touchdowns against Bloomington.