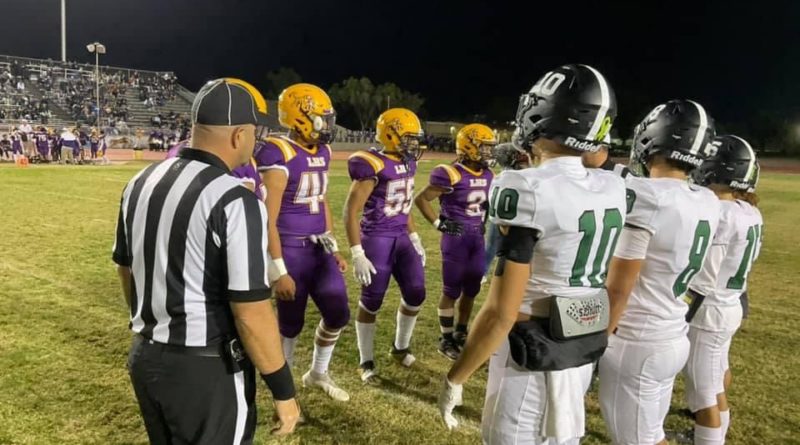 LEMOORE, Calif. — Gio Quintero came up with his second interception of the game with 46 seconds left to seal Lemoore’s 34-30 victory over El Diamante on Friday night.

With the win, the Tigers are now 6-1 overall and 2-0 in West Yosemite League play.

“I think they played hard, they scrapped all night,” Lemoore head coach Rich Tuman said of his team after the game. “We were down a couple people with injuries and again with COVID situations, but we had backups step up, do what they needed to do, and we squeaked one out.”

Lemoore jumped out to a 14-6 lead after the first quarter, and the back-and -orth battle would continue in the second quarter, as the Miners took a narrow 22-21 lead in to the locker room at halftime.

The Tigers took the lead back at 34-22 in the second half on a pair of touchdown runs by running back Andrew Moench before the Miners chipped in to the lead with quarterback Freddy Valencia’s fourth touchdown pass of the night. But that was as close as the Miners would get.

Lemoore quarterback Ty Pele-Chambers threw three touchdowns for the Tigers, all in the first half, including two to Kobe Green.

The Tigers will host Golden West High School next Friday before closing the season with a pair of road games at Mt. Whitney and their annual rivalry game for the Milk Can with the Bullpups from Hanford.

When asked about his team’s mindset moving forward, Coach Tuman chalked it up to an old, well known cliché: “We have focused our entire season on 1-0. That’s all we focus on every week, so we’ll look at film tomorrow then we know that what happened tonight doesn’t matter. All that matters to us next week is that we go 1-0.”

The Miners are now 2-5 on the season and 0-2 in league. They will look to rebound next week as they take on the Pioneers from Mt. Whitney High School. They will then take on the Rangers from Redwood before their big rivalry game against Golden West that is known as the Battle for the Saddle.