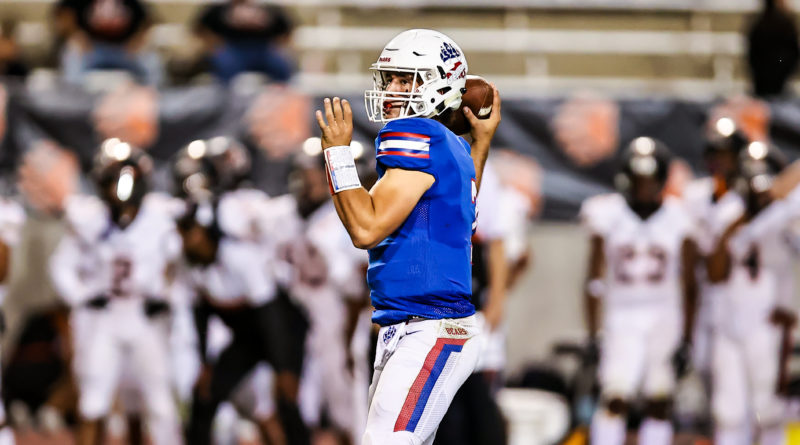 CLOVIS, Calif. — Jayden Mandal threw for one touchdown and ran for another and Buchanan’s defense came up with three interceptions to lead the Bears to a 24-17 victory over Central on Thursday night.

Central (5-1) was unbeaten coming into the game, but could not score against the Bears’ fast, physical defense in the fourth quarter. The win puts Buchanan (6-1) in the driver’s seat for the Tri-River Athletic Conference (TRAC) title.

Buchanan took an early 7-0 lead when Michael Runnels fielded the opening kickoff and returned it 98 yards for a touchdown. Central answered with a scoring drive that was capped by a four-yard TD run by Ah’marion Gaines-Smith to make it 7-7 midway through the first quarter.

Mandal connected with Travis Sirwet on a 33-yard TD pass to give Buchanan a 14-7 lead late in the first quarter. Central running back Jesiah Lindsey answered with a 33-yard TD run to tie the game 14-14 in the second quarter.

Rocky Reyes booted a short field with 20 seconds left in the first half to give Buchanan a 17-14 halftime lead.

Robert Johnson, Harrison Kalpakoff and Kannon Campbell each had interceptions for Buchanan.

Imari Conley and Kaleb Tennison had picks for Central.

(All photos by Bobby Medellin)