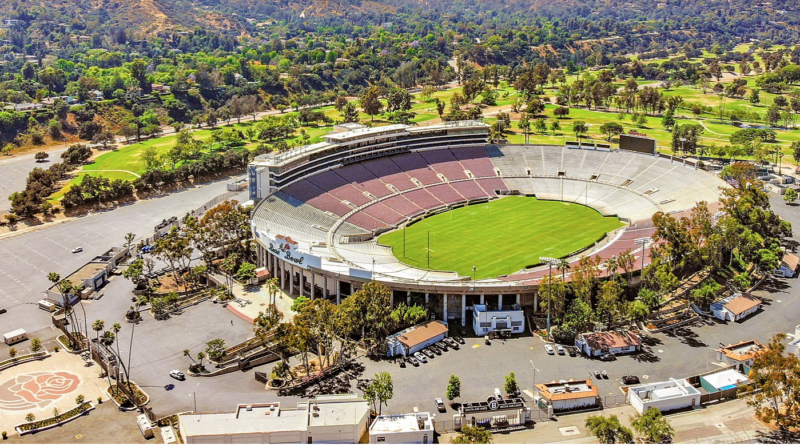 The annual Turkey Tussle game between Pasadena and Muir won the poll with over 6,000 votes. The game dates back to 1954 and is played at the Rose Bowl. It’s scheduled for Oct. 29 this season. Read more about the game below from Pasadena High School’s website:

Possession of the Victory Bell is the prize for the winning school. The Victory Bell a long-standing tradition between Pasadena High School and John Muir High School came as a gift from the Santa Fe Railroad presented in 1955 at the pep ralley for the Turkey Tussle. The student body at PHS, which then shared the same campus with PCC, though the two were not affiliated, wanted to start many traditions which would last through the years. When it came time for the Turkey Tussle, they talked of having a bell.

Scott Fitzwater, Student Body President at that time and Jim Shelton, then Senior Class Vice-President, were instrumental in gaining the bell. Jim Shelton told his father, Raymond Shelton, of their idea and Raymond Shelton, General Manager for Santa Fe in Los Angeles at the time, was able to get the bell for PHS. The bell formerly rang from the top of an old steam locomotive and to Mr. Shelton’s knowledge is the only one ever given to a school.

The bell was intended to be used, as it still is, as a perpetual trophy to rotate between John Muir High School and Pasadena High School, being kept for the year by the team that wins the homecoming game.