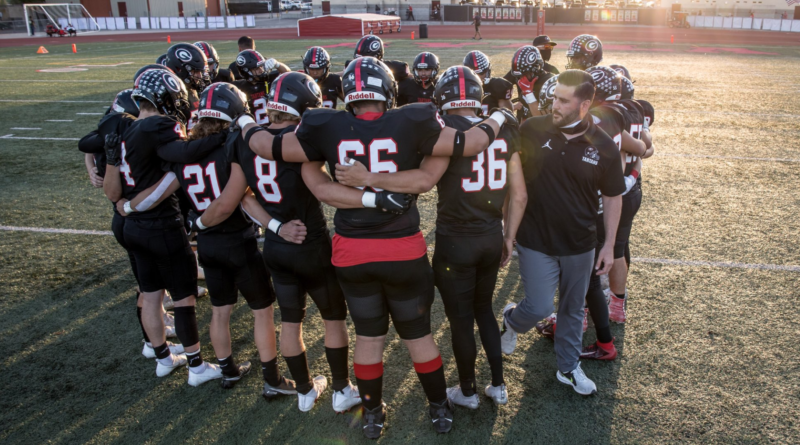 After the seventh week of action across the Section, here are SBLive’s Top 25 Southern Section high school football rankings. The rankings are compiled by reporter Connor Morrissette and will be released every Monday throughout the fall 2021 season.

In one of the biggest games of the high school football regular season, Mater Dei pitched a second half shutout to beat No. 2 St. John Bosco 42-21. Sophomore quarterback Elijah Brown threw five touchdowns and senior receiver and Notre Dame commit CJ Williams caught two of them.

St. John Bosco went into the locker room at halftime tied 21-21 with No. 1 Mater Dei, but two failed fourth down conversions and some punting errors in the second half resulted in a 42-21 defeat. Prior to losing to Mater Dei, St. John Bosco had rolled through their non-league schedule which included three of the top teams in the country in Central (Fla.), East (Ill.) and Oscar Smith (Va.).

Seniors Noah Fifita and Tetairoa McMillan put on a show in the Friars’ 56-12 win over No. 13 Orange Lutheran. Fifita threw five TDs with three going to McMillan. “They might be once in a career type guys,” Servite head coach Troy Thomas said after the game. Fifita is committed to Arizona and McMillan is committed to Oregon.

Mission Viejo scored one of the surprises of the week when they beat No. 6 Sierra Canyon 27-10. The Diablo defense had two interceptions.

Sierra Canyon’s defense came away with three interceptions last week, but the Trailblazers offense struggled against the Mission Viejo defense as they were held to ten points in a 27-10 defeat.

Norco bounced back from a 35-21 defeat to No. 6 Sierra Canyon to win against Santiago 57-14. Jaydn Ott rushed nine times for 130 yards and two touchdowns.

Los Alamitos fell to No. 8 Santa Margarita 42-21 three weeks ago but bounced back after a bye week with a 42-14 win over No. 24 Corona del Mar. Malachi Nelson threw for four TDs in the victory.

Inglewood kept up their string of dominating wins with a 53-0 victory over Beverly Hills last week.

Nico Iamaleava completed 15 of 29 passes for 228 yards and three touchdowns in Warren’s 54-12 win over Dominguez.

Vista Murrieta blanked Chaparral 35-0. Their one loss this season came against No. 7 Norco 42-26.

Chaminade beat Cathedral 43-6. The Eagles are 3-0 against Southern Section opponents this season.

St. Bonaventure passed their test against previously unbeaten Bishop Diego to stay at No. 16 this week. The Seraphs won 21-14.

The Warriors bounced back from their 30-7 defeat against No. 5 Mission Viejo to beat Lawndale 28-0 two weeks ago. Jaylen Thompson scored a 68-yard TD in the win.

JSerra lost to No. 8 Santa Margarita 38-13. The Lions three losses have all come against top ten teams.

Etiwanda picked up its first true signature win this season when they took down Baseline League rival Damien 17-3. The Eagles defense is one of the best in the Section.

Glendora enters the rankings this week after beating previously undefeated Ayala 21-7. Braydon Brus rushed for 136 yards and two touchdowns in the win.

Cajon enters the rankings thanks to their 6-0 start. The Cowboys have beaten Lawndale and Rancho Cucamonga so far this season.