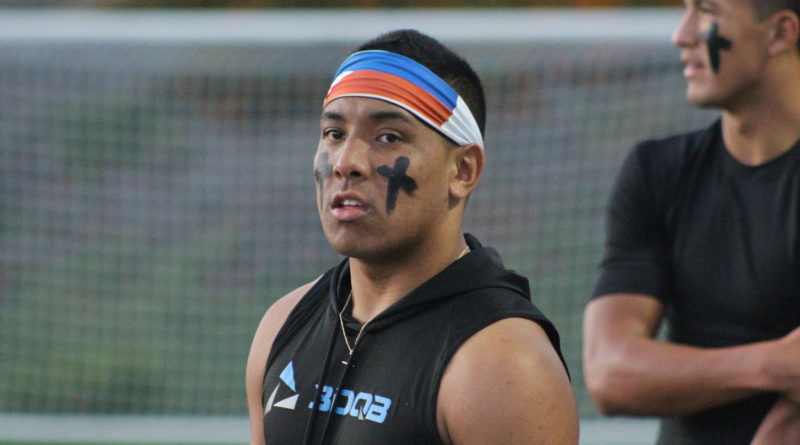 COSTA MESA — Noah Fifita and Tetairoa McMillan aren’t just talented best friends, “they might be once in a career type guys,” according to Servite head coach Troy Thomas.

The duo’s Thursday night stat lines back up Thomas’ claim.

In a 56-12 Trinity League win over Orange Lutheran, Fifita completed 19 of 21 passes for 403 yards and five touchdowns. McMillan caught four TD’s (three from Fifita and one from receiver Wes Taylor on a trick play) and finished the night with 207 receiving yards in total. He also made a miraculous one-handed interception in the end zone for the Friars on defense. Servite led 28-0 after the first quarter.

McMillan is committed to Oregon and has become the best deep threat in the state this fall. He hauled in TD receptions of 72 and 48 yards against the Lancers.

Fifita’s fifth touchdown throw came on a 30-yard pass to tight end Keyan Burnett with 7:48 to play in the third quarter. Both Fifita and Burnett are committed to Arizona and Wildcats head coach Jedd Fisch was on the Servite sideline watching Thursday night.

When Fifita would hit Burnett on pass plays, Fisch couldn’t hide his excitement.

“Looking at [Coach Fisch’s] reactions after Keyan’s two great catches was awesome,” Fifita said. “To see his jaw drop on the sideline was awesome.”

Mater Dei plays St. John Bosco tomorrow night and while those two teams have had a stranglehold on the Trinity League title for the last decade, any conversation regarding who will win it in 2021 must include the Friars. Servite has been as dominant as possible in their six games so far this season posting five wins by at least 35 points and then holding Sierra Canyon to only two second half possessions in a 44-22 victory over the Trailblazers on Sept. 17.

Servite plays away against Mater Dei on October 23rd and then at St. John Bosco on October 29th.