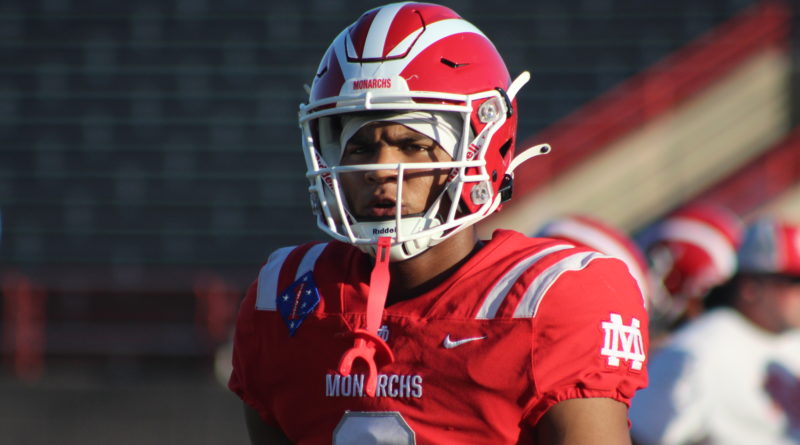 Mater Dei and St. John Bosco, the No. 1 and No. 2 teams in SBLive’s latest Power 25 national high school football rankings, face off in Trinity League action on Friday night in Bellflower, Calif. These two teams have met in every Division 1 CIF Southern Section championship game going back to 2016.

Here are the five biggest storylines heading into the game:

Mater Dei sophomore quarterback Elijah Brown has started eight high school football games. He’s played in multiple states against some of the country’s best competition and still completed 72.8% of his passes for 1,546 yards, 21 touchdowns and just one interception. No defense has made him truly uncomfortable yet.

Brown was sacked three times in last year’s 34-17 win over St. John Bosco, but still threw four touchdown passes on 14 of 23 passing. The Braves need to make his life harder — like they made Bryce Young’s life hard in the 2019 Division 1 Southern Section championship game when Young was intercepted three times and sacked four times in a 39-34 Braves win. That’s the blueprint for St. John Bosco.

This is another important part of the game for the Braves. A year ago, St. John Bosco struggled through the air with both quarterbacks completing less than 50-percent of their throws. Pierce Clarkson hit tight end Matayo Uiagalelei for a 27-yard TD in the game but that was the lone St. John Bosco passing touchdown on the night.

Three different Mater Dei receivers caught touchdowns in the spring with CJ Williams, then a junior, hauling in two. The Monarchs wideouts were one of the main reasons Mater Dei won the game. Both teams had great secondaries last season, but the Mater Dei receivers got open at a better rate than St. John Bosco’s and they managed to find the end zone four times.

The two receivers to watch for St. John Bosco on Friday are seniors Chedon James and Logan Booher. James has hauled in five TDs for the Braves this season and Booher caught an 84-yard TD from Clarkson in St. John Bosco’s 42-26 win over East (Ill.) earlier this year. The Braves will most likely need a big night from at least one of these two to help balance the offense and keep Mater Dei honest against the run. Uiagalelei will be another target as well as running backs Rayshon Luke and Jabari Bates, but it’s hard to beat Mater Dei without a major contribution from a receiver.

WHO WILL WIN THE BATTLE IN THE TRENCHES?

On the flip side, Mater Dei has arguably the best linebacking corps in the nation in David Bailey, Malaki Te’o, Eoghan Kerry and Leviticus Su’a and their defensive linemen are solid as well led by Washington State commit Ta’ita’i Uiagalelei. St. John Bosco has the best offensive lineman in the game in Earnest Greene and their line overall is good, but a tad inexperienced, just like the Monarchs’.

With all of the talent for both teams around the line of scrimmage, it’s impossible to speculate as to which team will have a better night, but just like in any football game, whoever wins in the trenches will most likely win the game. Watching the chess match between the two coaching staffs play out in real time will be fun to watch.

MATER DEI’S KICKING GAME COULD BE A FACTOR

Mater Dei kicker Chase Meyer could be an x-factor. He made 38-yard and 42-yard field goals against St. John Bosco in the spring.

The Braves will have some new faces on special teams. “One of the improvements we really have to work on as a team is our kicking game,” St. John Bosco head coach Jason Negro said before the season. “We have a new snapper, punter and kicker. That’s a big phase of the game on Friday nights that isn’t exactly sexy to think about, but it’s something that’s very important.”

Friday night’s game could perhaps come down to a special teams play. Both teams have athletes who could have a big return or force a fumble at a key moment.

WHICH UNDER THE RADAR PLAYER WILL MAKE A GAME-WINNING PLAY?

Last year, Mater Dei’s jack-of-all-trades junior Quincy Craig forced a St. John Bosco fumble that the Monarchs recovered late to help them preserve their win. Craig will play Division 1 college football, but he’s not considered one of the many “can’t miss” prospects that will be playing in Friday’s game. In the 2019 Southern Section championship game, St. John Bosco senior tight end Adam Awaida caught one of the biggest touchdowns of the night. Sometimes in these heavyweight slugfests, it’s an under appreciated player who makes the difference.

Which unsung player will step up on Friday night?