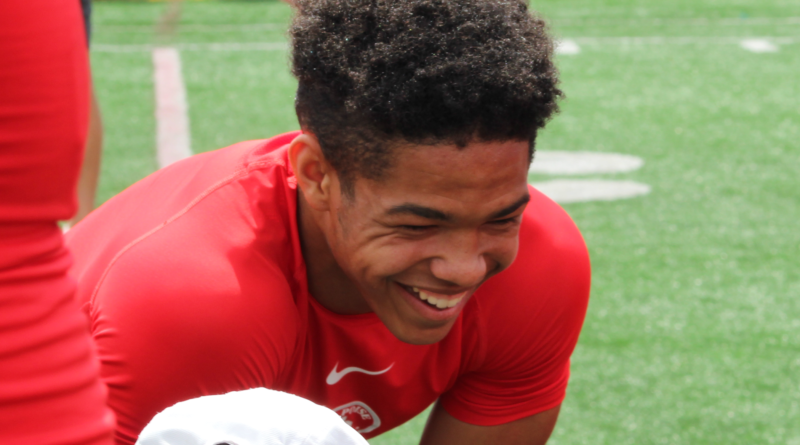 After rolling out our preseason top 50 California high school football teams, we now turn our attention to highlighting the best players in the state, position by position. Next up: defensive backs.

Editor’s note: Mater Dei cornerback Domani Jackson injured his knee and will miss the remainder of the season so he didn’t make the list. He would have been No. 1. Alemany senior Larry-Turner Gooden is out for the rest of the season with a shoulder injury so he also misses out. Los Alamitos junior Makai Lemon was included on our top receivers list, so he’s out as well despite being a very talented DB. San Joaquin Memorial’s TJ Hall is in the same situation as Lemon.

VOTE NOW: WHO’S THE BEST DEFENSIVE BACK IN CALIFORNIA?

Johnson has very impressive senior tape. He’s committed to San Diego State and has one interception so far this fall.

Oliver is one of the top uncommitted defensive backs in California’s 2022 class. He’s forced two fumbles on defense so far this season and also plays receiver on offense.

Lee is solid in coverage and excellent against the run because he’s so physical. He’s received scholarship offers from Arizona State, Ole Miss and Oregon, among others.

Sidney made one of the plays of the spring when he had a pick-six against Servite. He’s committed to Cal.

Stewart is committed to UCLA. He’s had a strong start to his senior year.

Austin has battled injuries over the last few seasons, but he’s still one of the top defensive backs in the 2023 class. He’s received scholarship offers from Gerogia, Notre Dame, USC and Oregon.

Williams has also battled injuries throughout his high school career. He’s rated as the 15th best cornerback prospect in the 2023 class by 247Sports.com.

Earby is committed to Cal. He’s one of the state’s early leaders in interceptions with three.

Few defensive backs, if any, play angrier than Sione “Riz” Hala, a Boston College commit. He’s extremely physical and one of the leaders of St. John Bosco’s defense. Hala has made 37 tackles so far this year.

Going up against some of the nation’s best competition this season, Dunbar-Hawkins has held his own. He’s received 20 scholarship offers, per 247Sports.com.

Prysock is committed to USC. He has great size for a corner standing at 6-foot-3, 170 pounds. He plays both ways for the Warriors doubling as a receiver.

Beasley is another one of the leaders on St. John Bosco’s defense. He has one interception so far this fall. Beasley has received scholarship offers from eight schools including Michigan, Oregon and USC.

Jones is one of the top safeties in the state. He’s made 19 tackles and recovered two fumbles as a junior.

Brown is the next great defensive back out of Mater Dei. He played a lot of varsity snaps as a freshman and should have a breakout year once Trinity League play gets rolling. Brown has received scholarship offers from Alabama, Georgia and Michigan.

Berry is a fantastic athlete who plays on both sides of the ball. He’s committed to Arizona.

Pleasant has exceptional speed. He’s battled injuries this fall, but when healthy his speed and athleticism makes him one of the nation’s top players. Pleasant has one interception and a fumble recovery so far this season.

Great defensive back play runs in the Williams family. Marcelles’ father Maxzell played at Nevada, his oldest brother Max plays at USC and his middle brother Macen plays at Arizona State. Through five games as a sophomore, Marcelles looks like the best of the bunch. St. John Bosco’s coaches trusted Marcelles to cover 2022 East (Ill.) receiver Luther Burden, one of the top pass catchers in the nation, in their game in Week 3 and he was up to the challenge.

So far this fall, Marcelles has 23 tackles and five pass break ups.

When his high school career comes to a close, Woodyard may be a rare five star recruit. Right now, 247Sports.com ranks Woodyard as the No. 20 player in the country in the 2024 class. He’s 6-foot-2 and 190 pounds with the film of an upperclassman.

Florence has had a fantastic start to his senior year. In a 21-17 loss to Los Alamitos, Florence was named 247Sports’ Alpha Dog, an award given by analyst Greg Biggins to the best player in the game. Florence is committed to Oregon.

Mickey is committed to Notre Dame. He’s an extremely physical cornerback who’s made seven interceptions in his high school career.

Tucker is committed to Oregon. He’s an exceptional athlete who makes plays all over the field, but cornerback is his best position. Tucker has snatched six interceptions in his high school career.

Hunter won’t show up too high on recruiting rankings sites, mainly because he’s a little undersized at 5-foot-9, 165 pounds, but make no mistake, he’s an exceptional high school football player. Hunter is an extremely intelligent defensive back who always seems to be in the right place at the right time. In the spring, he was named the defensive MVP in the Trinity League. He’s committed to San Diego State and has had at least one interception in all four seasons he’s played at Mater Dei. Check out Hunter’s junior tape here.