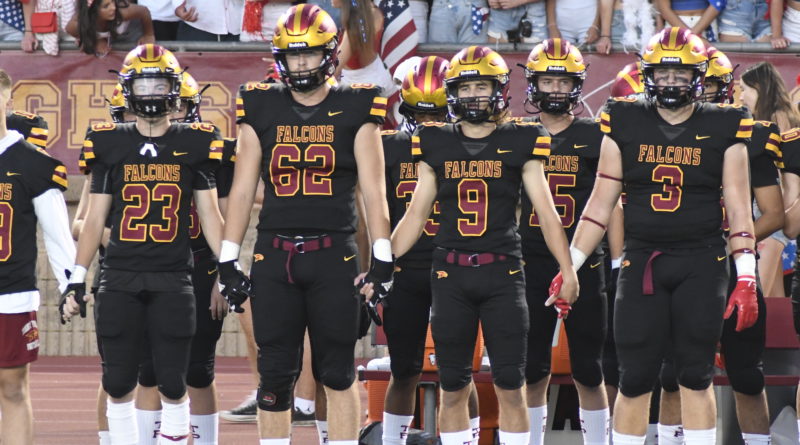 The fifth week of football games in the San Diego Section featured minimal movement among teams within the top 10. Mater Dei Catholic and Torrey Pines each moved up a spot while Mission Hills dropped after their loss to Carlsbad.

Cathedral Catholic stayed at No. 1 in the latest SBLive Top 10 San Diego Section high school football rankings (Sep. 13), despite their loss to De La Salle. The Dons will have to prove their No. 1 ranking as they begin a tough Western League slate in two weeks. The rankings are compiled by reporter Bodie De Silva and will be released every Monday throughout the fall 2021 season.

The Dons continued their challenging schedule with a trip to De La Salle and fell to the Spartans, 49-21. They head to Steele Canyon on Friday before diving into Western League play.

Carlsbad hung on for a 13-7 win against Mission Hills on Friday. They’ll have a bye week before hosting a Torrey Pines team that continues to move up the rankings.

The Crusaders beat La Jolla 56-18 and have scored 53 points or more in all three games this season. They’ll host St. Augustine on Friday.

The Falcons offense cruised on Friday, rushing for six touchdowns in a 42-29 win over Oceanside. They’ll have a bye this week before taking on Carlsbad, El Camino, and Mission Hills in consecutive weeks.

The Grizzlies lost quarterback Gunnar Hensley to a leg injury early in the second quarter and battled Carlsbad, coming up just short, 13-7. They’ll have a bye week to prepare how their offensive attack will look like moving forward.

The Falcons had their game against Sweetwater due to COVID-19 problems in the Red Devils’ program. They’ll start league play by hosting Point Loma this week.

Mt. Carmel had their bye week in week five and will host Rancho Buena Vista on Friday.

Coming off their bye week, Eastlake will travel to El Camino on Friday in one of the best games in the San Diego Section this week.