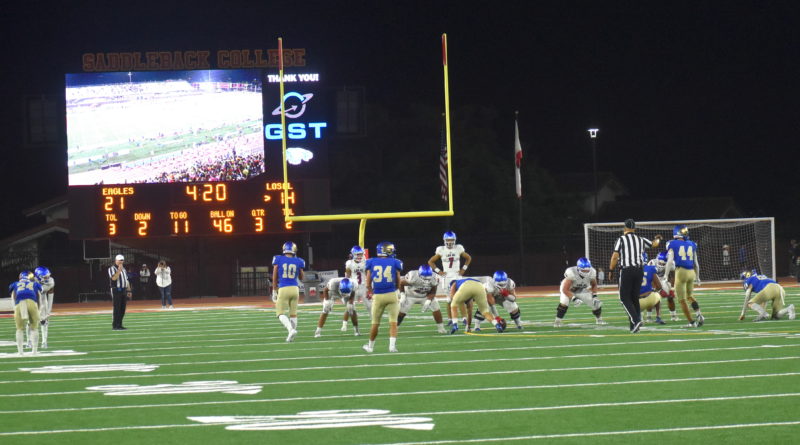 MISSION VIEJO– After trailing Los Al 14-0 at halftime in their Homecoming game, the Eagles won the second half 42-7 to record a 42-21 victory on Friday. The game was played at Saddleback College.

After getting picked off by Isaiah Dorsey and Gavin Porch in the first half, 3-star QB Jaxon Potter helped lead the turnaround for SMCHS’ offense. He threw four touchdown passes in the second half, with Niko Lopez and Jalen Jones both catching two of them to finish with over 90 receiving yards each. Potter would finish with 284 passing yards on 23-34 completion. Taurian Nash also ran for an Eagles touchdown, and LB Jacob Bower recovered a fumble for a touchdown in addition to grabbing two interceptions and forcing a fumble. Safety Blake Wilson also had a key interception in addition to eight tackles, including one for loss. DT Hero Kanu finished with two sacks and two tackles for loss.