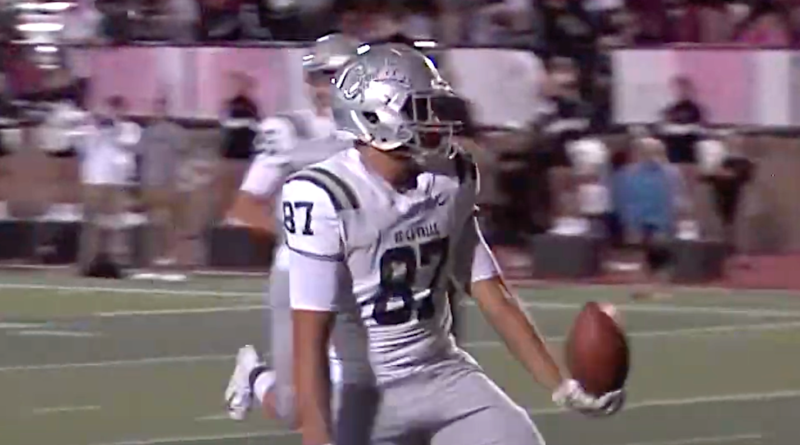 With blowout wins against Sonora, Spanish Springs (NV), and most recently, Archbishop Mitty, Oakdale appears to be on the verge of another powerhouse season. The Mustangs will be a heavy favorite against 3-1 East Union, but not so much that they can afford to sleep on the Lancers. If they do, their league title hopes could get dashed very quickly.

The Falcons got crushed 44-0 last week against Jesuit, but previously notched lopsided wins against Burbank and Sheldon. None of that matters much now, because they have a clean slate heading into Capital Athletic Conference play this week. Christian Brothers is something of a favorite to win the CAL, but now is the perfect time to take a shot at them for Sac High, which is off to a momentous 3-0 start. If the Dragons can manage to pull off an upset on Saturday, the league will very much be on notice.

This game represents the other two favorites in the CAL, and is higher up on the list because there’s no major favorite or underdog. The Cougars are 1-2, but their losses came against Valley Christian and Rocklin, the first of which was competitive. With only a win against Atwater also on the books, Capital Christian will be facing an evenly-matched opponent for the first time this season. VDL started the season with a respectable loss against Granite Bay and has since beaten Placer and Casa Roble in shootouts. The Eagles have arguably the most explosive offensive in the league, so this match against a team with a more defensive pace and style should tell us a lot.

Coming off a thrilling 47-42 win against Palma, Aptos has a chance to take a major stranglehold around the PCAL if they can defeat the Cowboys on the road. Salinas is 2-0 with impressive wins against Half Moon Bay and Monte Vista Christian, but will be a clear underdog against the 3-0 Mariners.

It’s time for Sierra Foothill League play, and the SFL’s two Rocklin teams kick it off with a rivalry game. The Wildcats started off the season with great wins against Franklin (Elk Grove) and Chico, and their defense showed out despite losses in their last two games against Lincoln (Lincoln) and Clovis. They are the massive underdog against 3-0 Rocklin, which beat them 31-3 last season. Still, rivalry matches of this caliber sometimes bring out results outside the standard deviation, and it was less than two calendar years ago that Whitney avenged a regular season loss against the Thunder with a 28-6 win in the playoffs. There’s a chance Rocklin will win this by a comfortable margin, but it could very well prove to be a great game.

It’s already time for league play in the highly underrated Capital Valley Conference, and this could prove to be the gold medal match. Antelope and Yuba City have been tied neck-and-neck in section/state rankings since before the season began, and both are off to strong starts. The Titans are 3-0 with blowout wins against Rio Americano and River City, and also defeated Placer in a close one. The Honkers have a respectable one-score loss against Vanden on their record, but have since defeated Pleasant Valley and Pleasant Grove by three scores. With at least four teams having a real chance to win the CVC, every regular season game for these squads has strong implications.

It’s very rare that we get to see Oakland Section superpower McClymonds in action against North Bay teams, so Bay Area football fans are in for a rare treat. Both teams are unbeaten with a standout win already, as MC shut out El Cerrito in its season-opener and Mack nearly did the same last week in a win against De Anza. Making this showdown even better is the QB battle at hand, as both teams have nationally-ranked signal callers in Marin Catholic’s Michael Ingrassia and McClymonds’ Dreyan Paul.

This Central Section vs. Central Coast Section match doesn’t have league ramifications like most of the other games on this list, but it could prove to be the game of the week. Both of these teams are unbeaten with huge wins already under their belt. Bellarmine opened the season with a 56-41 win against Menlo-Atherton and blew out San Leandro 41-6 last week, and the Raiders have beaten Merced, St. Mary’s (Stockton), and San Ramon Valley. A loss won’t ruin either of these teams’ seasons, but a win here will make one squad’s stock go through the roof.

There’s a strong argument to be made that the SFL is currently the most brutal league in NorCal, and these two teams often go underrated when they’re lost in the shuffle. But these are a couple dang good programs in the midst of very good seasons, and they’d be the first to tell you that every league win is monumental.

Granite Bay is the clear favorite after finishing third in the league win the spring. The Grizzlies are coming off back-to-back losses against Jesuit and Vacaville, but beat Vista del Lago and Davis convincingly to start the season. Del Oro is 4-0 with wins including Clayton Valley Charter and Lincoln (Lincoln), and should be in peak form to take a shot at pulling off what would be a minor upset.