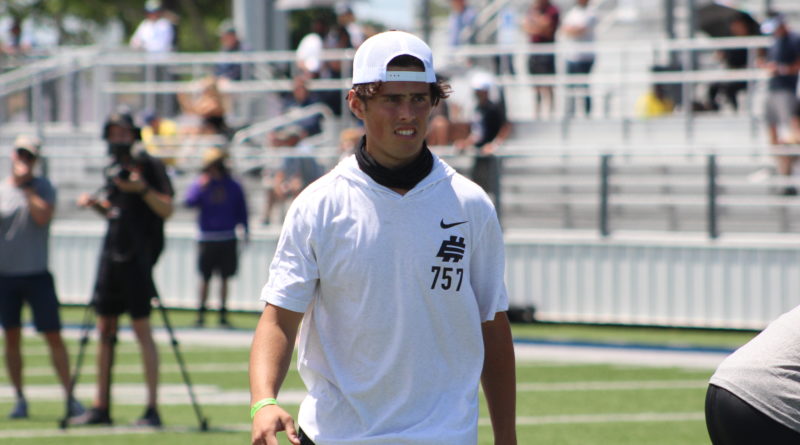 The fall 2021 Southern Section high school football season continued this week. Below are SBLive’s latest Section rankings. The rankings are compiled by reporter Connor Morrissette and will be released every Monday throughout the fall 2021 season.

Mater Dei is 2-0 against out of state opponents so far this season. They’ve beaten Duncanville (Texas) and Liberty (Nevada) by a combined score of 94-10. In their 49-7 win over Liberty, sophomore QB Elijah Brown completed 15 of 16 passes for 213 yards and two touchdowns.

The Friars have one of the best offenses in the country and that was on full display in their win against Bishop Amat, but their defense and special teams also played extremely well last Thursday. Servite is a complete team. Quarterback Noah Fifita is committed to Arizona.

Norco’s offense is showing it’s one of the state’s best. The Cougars won 62-21 over Rancho Cucamonga two weeks ago.

The Trailblazers struggled on offense in a 35-14 loss to No. 4 Corona Centennial. Their defense impressed though.

Alemany beat up Oaks Christian 56-21 to record their first win of the season. Dylan Gebbia accounted for five TDs in the victory.

The Lancers are 4-0 under new head coach Rod Sherman after a thrilling 41-38 overtime win against Damien. Logan Gonzalez threw four touchdown passes in the win.

Mission Viejo bounced back from their loss to Servite by beating Long Beach Poly 41-14.

Star 2023 Warren QB Nico Iamaleava has thrown 20 touchdowns and just one interception so far this season.

San Clemente fell to 3-1 after losing 7-3 to No. 16 Corona del Mar. The Tritons defense is one of the best in the section.

Edison got back to .500 with a 49-10 win over Palos Verdes. Nico Brown caught two touchdowns in the victory.

Etiwanda’s defense is giving up seven points per game, but they haven’t faced a Top 25 team yet this season.

Damien’s two losses have been by a combined five points to No. 18 Loyola and No. 10 Orange Lutheran.

Simi Valley enters the rankings this week thanks to their 4-0 start. Oregon State QB commit Travis Throckmorton has thrown seven TDs so far this season.