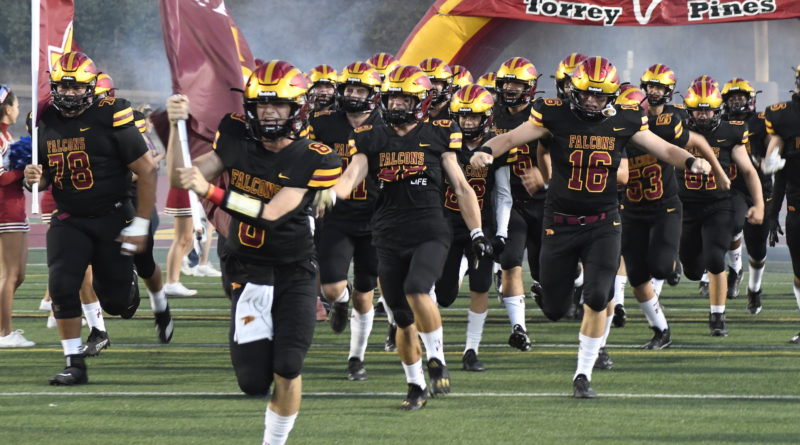 The fourth week of the San Diego Section high school football season took place this weekend. Here’s everything you need to know.

No. 1 Cathedral Catholic had no trouble with No. 6 Helix, shutting out the Highlanders 52-0. They’ll head to De La Salle on Friday.

No. 2 Carlsbad found themselves in a battle with El Camino, before pulling out a 28-14 victory.

No. 3 Lincoln had their game cancelled against Mira Mesa after the passing of Marauder head coach Chris Thompson last week.

No. 4 Mater Dei Catholic was off for the second consecutive week.

No. 5 Mission Hills got back in the win column with a 41-0 win over La Costa Canyon to open up Avocado League play.

No. 7 Scripps Ranch traveled out of section to Elsinore and took care of business with a 42-7 win to improve to 4-0.

No. 8 Torrey Pines dispatched No. 9 Poway with a 26-6 win. Senior safety Griffin Grant had 13 tackles and an interception for the Falcons.

Rancho Bernardo recorded a big win over Grossmont, 32-6. The Broncos had three sacks, three interceptions and a blocked punt.

Madison picked up their third consecutive win, beating Ramona on the road 28-12.

San Pasqual’s offense was firing on all cylinders in their 69-7 victory over Westview.

Point Loma won their first game of the season, taking down Patrick Henry 37-28.