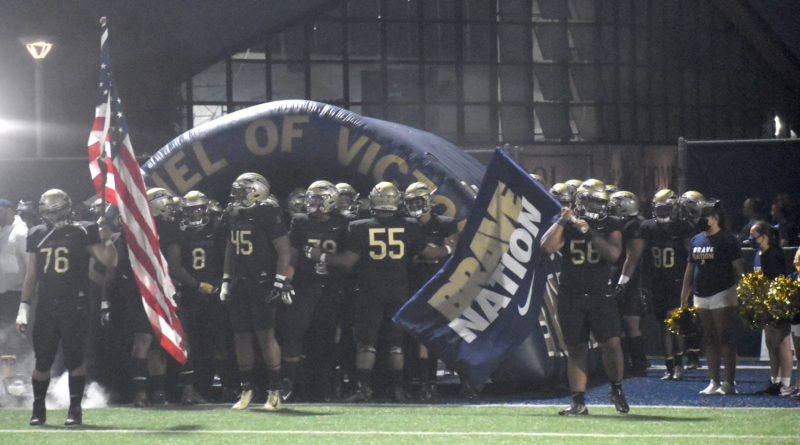 QB Pierce Clarkson ran for two touchdowns, including one from 51 yards out, and threw an 86-yard touchdown pass to Logan Booher. TE/DE Matayo Uiagalelei had a touchdown catch from Katin Houser, and helped lead a strong defensive effort up front with IDL Jairus Satele. Chedon James had a rushing touchdown for the Braves on a reverse trick play, and Rayshon Luke ran for a touchdown as well.

For the Flyers, Luther Burden III caught for two touchdowns thrown by Robert Battle, and he also had a 66-yard punt return touchdown. Leontre Bradford had a fumble-recovery touchdown.