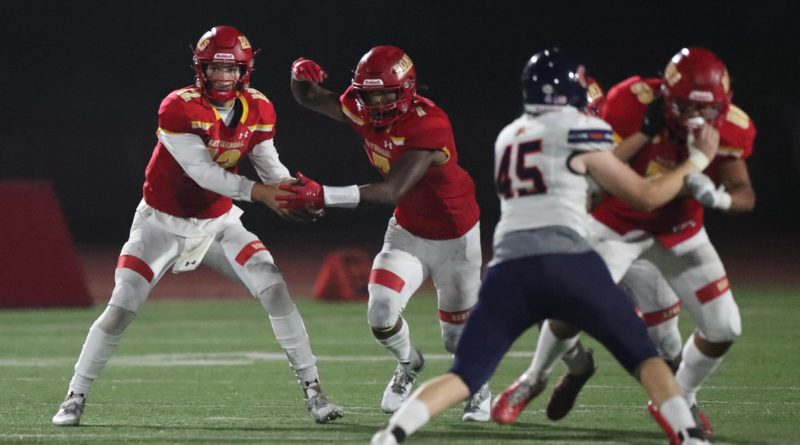 With the fall 2021 California high school football season under way, we’re giving our readers an opportunity to cast their votes for the top players from some of the top leagues around the state.

Our next poll comes from the San Diego Section and the question is simple: who’s the best offensive high school football player in the Western League?

Read about the nominees and cast your vote below:

Mirer threw seven touchdowns during the spring season, averaging 140 passing yards per game while leading the Dons to a 5-0 record.

Sutton broke out during the spring season, averaging over nine yards per carry for the undefeated Dons. He’s started fast as a senior with six rushing touchdowns through the first three weeks.

Haynes was a deep threat for the Dons in the spring. He caught eight passes in three games, averaging 33 yards per catch while scoring four touchdowns.

Stratton took a big step forward in the spring, tossing 19 touchdowns to only two interceptions. In three games this fall, the Washington commit is averaging over 375 passing yards per game with 14 touchdowns.

Smith caught five touchdown passes as a sophomore, helping the Vikings capture a CIF title. He’s off to a fast start as a senior with 17 catches and three touchdown catches through three weeks.

Daniels transferred in from Arizona in the offseason and has stepped right in to lead the Hornets. He had seven total touchdowns in his week one debut and nearly led Lincoln to an upset over Los Alamitos in week two. He’ll play a huge role as the Hornets work towards their league and section championship goals.

Robinson only carried twice in the week one blowout against Monte Vista and has made his mark in two games since. He ran for 145 yards against Los Alamitos and added three rushing touchdowns against Mission Hills. Lincoln will continue to feed one of Southern California’s top punishing rushers.

Acevedo was nearly unstoppable for Grossmont during the spring season, catching 34 passes for 866 yards and eight touchdowns in only five games. Now at Lincoln, Acevedo continues to impress. Against Los Alamitos he caught four passes for 150 yards and a touchdown while also providing a candidate for catch of the year.

Now in his third varsity season, Rodriguez (6-4, 270) has established himself as not just one of San Diego’s best lineman, but one of California’s best in the class of 2023.

Shotomide caught six passes in three games for the Saints during the spring season and has emerged as St. Augustine’s go-to guy in the passing game this season, equaling his production from last season with two touchdowns through the first three weeks.