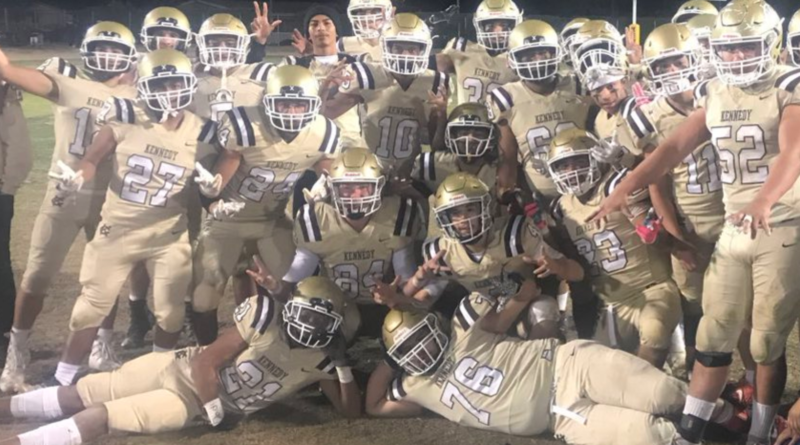 San Pedro was the first City team to take the field this season and the Pirates won big over Long Beach St. Anthony 42-0 in week 0, but since then they haven’t been able to play due to COVID-19. They’ll next take the field against Bell at home on September 10th.

Banning beat Peninsula 38-13. Jakob Galloway rushed for a touchdown and had a TD catch in the win.

Birmingham fell to Leuzinger 45-35. Senior Arlis Boardingham scored all five touchdowns for the Patriots. “He looked like Megatron out there.” Leuzinger head coach Brandon Manumaleuna said of Boardingham. The Patriots may be winless, but these tough non-league games will prepare them for a deep playoff run.

Venice fell to Harvard-Westlake 27-13 two weeks ago. Paul Kessler threw a TD to Rashawn Jackson in the defeat for the Gondoliers.

Dorsey beat up Narbonne 48-7. Mychai Williams caught a TD in the Dons victory.

Kennedy beat Monroe 50-6. Sione Manu scored three touchdowns and Lenny Carrillo added two TD catches. The Cougars are now 3-0 and playing like one of the top teams in the Section.

Granada Hills has lost two lopsided games since losing star running back Dijon Stanley. Stanley’s eventual return will be a big boost for the Highlanders. If he’s back this week, Granada Hills game against Kennedy will be the game of the week in the Section.