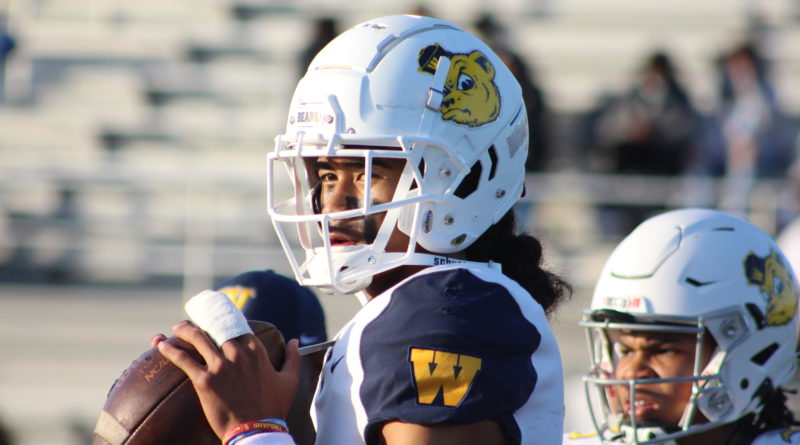 The fall 2021 California high school football season continued this week with several big games, including No. 5 Corona Centennial beating No. 10 Sierra Canyon 35-14 and No. 6 Folsom beating No. 16 Pittsburg 38-17.

After the third week of action across California, here are SBLive’s Top 25 California high school football rankings. The statewide rankings span all 10 sections and are compiled by reporter Connor Morrissette. They will be released every Monday throughout the fall 2021 season.

Mater Dei went to Texas and dominated from the opening kickoff en route to a 45-3 win over Duncanville in their opener. USC commit Domani Jackson had a pick-six on Duncanville’s first pass attempt and on the Monarchs first play on offense, Oklahoma running back commit Raleek Brown scored a 75-yard touchdown. The Monarchs did suffer some bad news this week though: Jackson will miss the rest of the season with a knee injury, the school announced.

St. John Bosco’s elite defense is giving up only 7.3 points per game.

De La Salle’s win streak against Northern California opponents is now up to 318 games following their 68-6 win against Monterey Trail.

The Friars have one of the best offenses in the country and that was on full display in their 44-7 win against Mission Viejo, but their defense also played extremely well in the game. Corner Mike Hurst had an interception in the win.

Serra finally kicked off its season with a 41-14 win over Palo Alto. Senior QB Dom Lampkin opened the second quarter with a 72-yard touchdown run.

Norco’s offense is showing it’s one of the state’s best. The Cougars won 62-21 over Rancho Cucamonga last week.

The Trailblazers struggled on offense in a 35-14 loss to Corona Centennial. Their defense impressed though.

The Dons steamrolled Chaminade 50-17 to move up seven spots. They’re the No. 1 team in San Diego until a San Diego team knocks them off.

Lincoln beat Mission Hills, one of the top teams in San Diego, 30-13. Roderick Robinson rushed for three touchdowns in the win.

Pittsburg lost their opener to No. 5 Folsom 38-17. The Pirates are the No. 2 team in the North Coast Section.

Santa Margarita bounced back from a loss to Norco by beating St. Augustine 39-10. Jaxon Potter tossed two TDs in the win.

Mission Viejo bounced back from their loss to Servite by beating Long Beach Poly 41-14.

Clovis blanked Ridgeview 40-0 even without star QB Nate Johnson who missed the game due to COVID protocols.

McClymonds debuts this week after beating Tamalpais 63-6 in their first game.